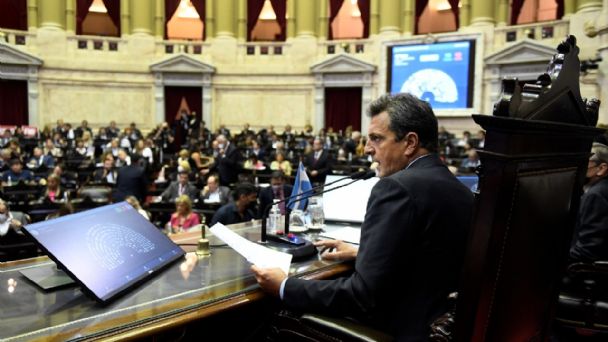 The Chamber of Deputies will begin to debate this Tuesday in committee a reform of the rental law, with the focus on modifying the term of validity of the contracts between owners and tenants, as well as the system for updating them.

The discussion will take place in the General Legislation Commission, which will be formed at 3:00 p.m., based on an agreement reached last Wednesday by the president of the Lower House, Sergio Massa, with heads of the UCR blocks, Mario Negri, and the PRO, Cristian Ritondo, who make up the interblock Together for Change.

To achieve this goal, Massa signed the respective resolution last Friday citing that commission that will have 31 members, of which 16 will correspond to the Front of All, 14 to Together for Change and one to the Federal interbloc.

The agreement between the FdT and JxC establishes that over 30 business days -equivalent to around 45 calendar days- the reforms to the current rental law, which came into force last year, will be discussed. with the aim of achieving a majority opinion among the main political forces.

It was also determined that the discussion be carried out only in the General Legislation commission, as requested by Together for Change, which somehow leaves aside the possibility of including the creation of a tax on idle housing, as proposed the FdT legislator and former governor of San Juan José Luis Gioja.