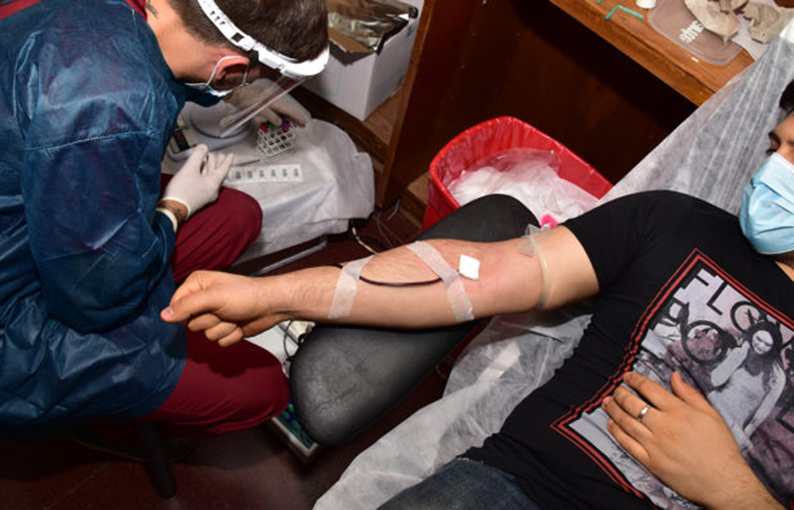 “#CuentaGotas”, a documentary series produced by the Hemotherapy Institute of the province of Buenos Aires that recounts in the first person the importance of donating blood, will premiere on Monday, April 18 simultaneously on the Encuentro Channel and the Cont.ar platform .

Through six chapters, “#CuentaGotas” immerses itself in the stories of people who need a blood transfusion to live, of those who are willing to donate it, and of the health teams that work daily to obtain it.

As specified in a statement from the Buenos Aires Government, the story is built in the first person, from commitment, solidarity, strength and vocation.

The documentary series tells the stories of those who need a blood transfusion, of the donors and of the health teams who work with a vocation so that it is never lacking.

The series also addresses the medical dimension and cultural aspects involved in the blood extraction and transfusion processes.

The documentary reaches the state signals from a collaboration and joint work agreement between Public Contents SE and the Ministries of Communication and Health of the province of Buenos Aires.

What is Contar?, the Argentine platform

Contar is the public platform for audiovisual content that depends on the Secretariat of Media and Public Communication of the Argentine Nation, which has more than 4,000 hours of entertainment of national content.

The Argentine platform has a catalog of series, documentaries, recitals, events and movies; as well as with a selection of educational content for all levels and modalities, such as the content of CONICET DOCUMENTAL and TEC TV, the audiovisual signals aimed at disseminating Argentine science and technology.

To enjoy the catalog offered by the Argentine Contar platform, you can enter from a computer, laptop, tablet and cell phone that have a Wi-Fi, 3G or 4G Internet connection. It is completely free, so to enter you must follow the following step by step: