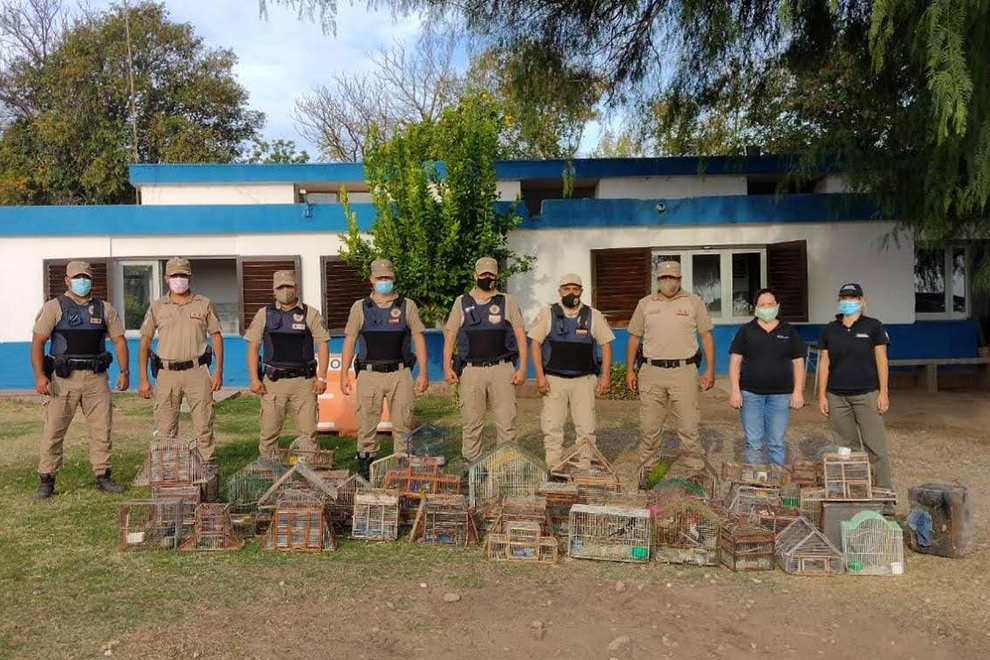 Environmental Police personnel from the Ministry of Coordination, together with the Federal Police, rescued birds in captivity in various raids. One of the raids was carried out at a home in the Zepa neighborhood of the city of Córdoba, where 11 smaller birds, seven trappers and eight cages were kidnapped.

In addition, in recent days, different controls were deployed for illegal possession of wildlife in the Traslasierra Valley. There they worked together with the Rural Patrol of San Alberto and San Javier and raided different homes in the towns of Villa Cura Brochero, Mina Clavero, Nono, San Pedro, Sauce Arriba and Villa Dolores.

In this way, 106 wild birds that remained in private homes as pets were recovered and later transferred to the town of Casa Grande, so that they can begin their recovery process in the Tatú Carreta reserve.