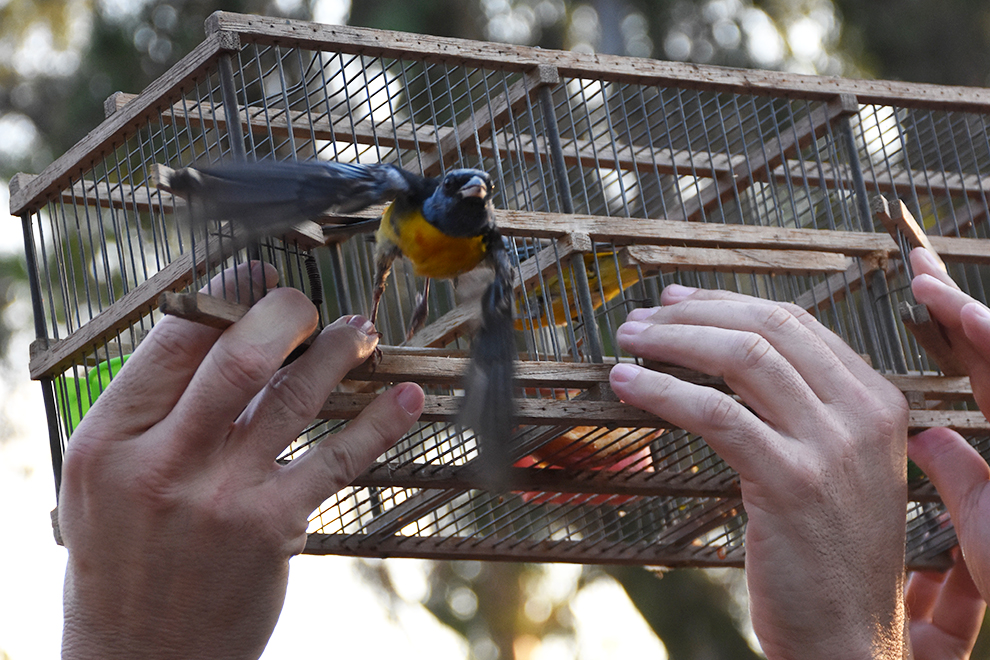 Within the framework of the Week of Memory, Environmental Police personnel released 26 wild birds in the Space for the Memory, Promotion and Defense of Human Rights – former clandestine detention center – Campo de la Ribera.

The birds were rescued in different procedures carried out by the division dependent on the Ministry of Coordination, and all completed the sanitary quarantine in the Tatú Carreta reserve, in the town of Casa Grande. Among the species released were red-crested cardinals (Paroaria coronata), goldfinches (Sicalis flaveola), orange trees (Pipraeidea bonariensis) and chalchaleros thrushes (Tordus amaurochalinus).

The director of the Environmental Police, Adrián Rinaudo, assured the release of birds in such an emblematic place invites us to reflect. And he added: “For us it is always important to be able to be present at the commemoration of Remembrance Day to raise awareness and thus be able to consolidate democracy.”

The event was attended by the deputy mayor of the city of Córdoba, Daniel Passerini; the secretary of Environmental Management and Sustainability, Jorge Folloni and the general director of the Space for the Memory, Promotion and Defense of Human Rights Campo de la Ribera, Samir Juri.