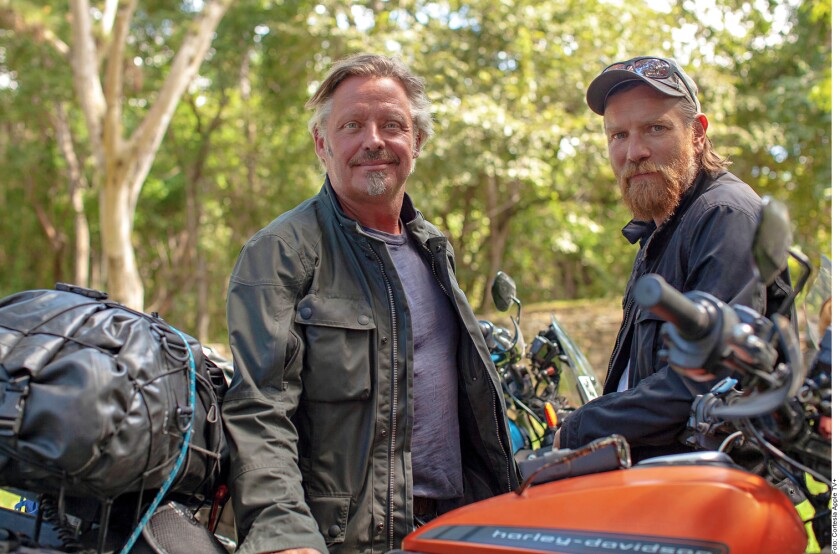 Ewan McGregor, recognized for his character as Obi Wan Kenobi in the Star Wars saga, visited Argentina in 2020 when he was filming a documentary with Charley Boorman, where they toured Latin America for 100 days. The truth is that in the last few hours a video of one of the stops they made in the province of La Rioja went viral.

There the actor is seen having a stew for lunch with a family that received them in the city of Chilecito, and that at first they did not know that he was a renowned actor.

In the fragment, the actor and Boorman meet a family from La Rioja who do not understand English. “The great thing about this situation is that we came here, we thought it would be like a stereo shop, like those places where they put up car stereos, and we thought they would have power, so we walked in. And it turns out it’s just their garage, and the house (of the family) is behind”, explains the actor.

He adds, “It’s not a store, but they let us plug into electricity. They gave us lunch, it was hilarious, and they don’t recognize us. We’re total strangers, and now we use their electricity and eat their food.”

Later he tells how one of the family members recognizes him from his role in a movie.

“The people are incredible, amazing. Friendly, attentive, with open doors, nobody ever said ‘no’ to us. It’s a great place in the world. I’m sad to leave,” he closed.