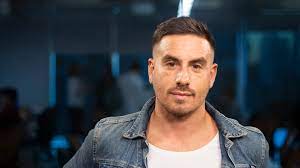 After suffering an accident in Brazil and staying hospitalized in Rio de Janeiro, the host of the Rest of the World, Fede Bal, proposed to his girlfriend, Sofía Aldrey, but she said no. This was detailed by Carmen Barbieri in her program and revealed the real reason why her daughter-in-law did not accept her son’s proposal.

Carmen explained that because of the pain she suffers, the doctors give her high doses of painkillers to relieve the pain. And it would be in this context that he proposed marriage to his partner, “Fede is given morphine because he is in a lot of pain, and when they give it to him, he says ‘we are getting married, we have children’, she says ‘I would like it for me. say without morphine’”, said the former vedette.

“It’s very funny. He says that ‘always, when he has one too many drinks or when they give him morphine, he tells me that he wants to have children. I would like you to tell me fresh,’” Carmen explained regarding the talks she has with Sofia.