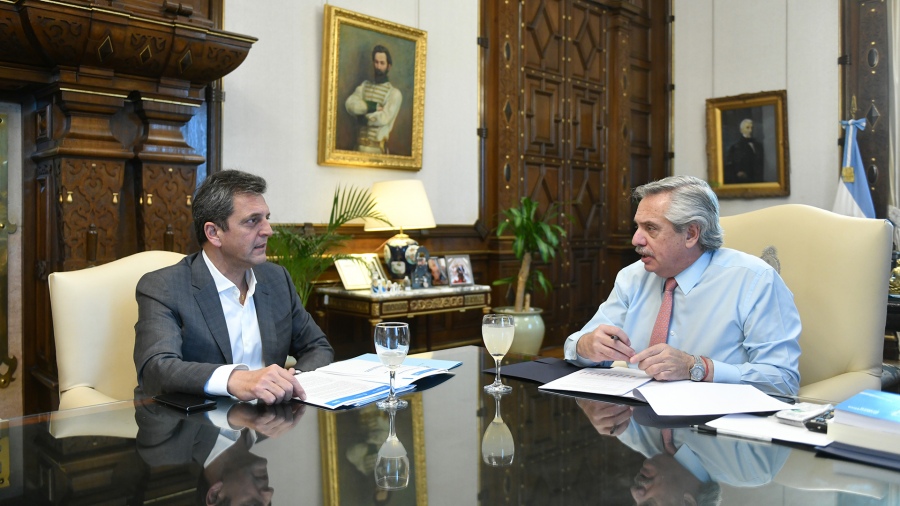 Yesterday, President Alberto Fernández held a meeting with the new Economy Minister, Sergio Massa, in which “they evaluated the situation based on the latest changes that occurred” and “advanced on the roadmap and implementation of some of those measures “.

Fernández and Massa had lunch in the presidential office of the Casa Rosada, in a “long work meeting,” spokeswoman Gabriela Cerruti reported at one of her usual weekly press conferences on Thursdays at the Casa Rosada.

In addition, Massa brought Fernández to sign the project that establishes a special regime for exports of surplus oil from next January 1. It is a system of “benefits and incentives for companies” to bring in dollars, said the spokeswoman.

I thank Mauricio Claver-Carone for @el_IDBthe meeting held in which we evaluated the status of existing loans and new financing opportunities to promote inclusive development and develop infrastructure works in our country.