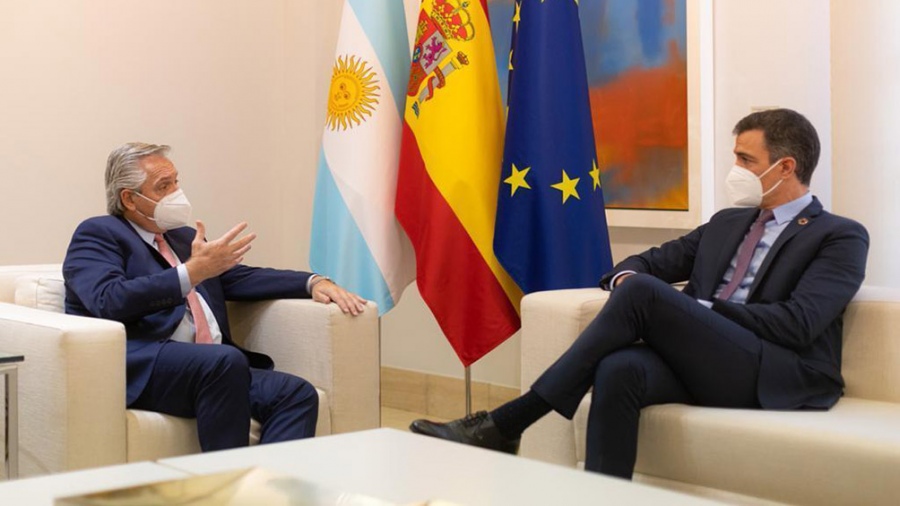 President Alberto Fernández travels to Europe this Monday to begin a brief tour of Spain and Germany. In Europe, the president will meet with the Heads of State of those countries and will have a round with businessmen to seek a higher level of investment in the country, as well as promote Argentine exports in those markets.

The President will depart at 5 pm this Monday from the Ezeiza airport on an Aerolineas Argentinas charter flight, accompanied by Foreign Minister Santiago Cafiero; the Secretary for International Economic Relations of the Foreign Ministry, Cecilia Todesca; and the spokeswoman Gabriela Cerruti, as part of the entourage confirmed so far.

The Argentine president will hold a new bilateral meeting on Tuesday with the President of the Government of Spain, Pedro Sánchez, who was in Buenos Aires in June of last year; and he will also meet King Felipe VI. Between Wednesday and Thursday Alberto Fernández will be received in Germany by Olaf Scholz, the Social Democrat who replaced Angela Merkel in the German government months ago.