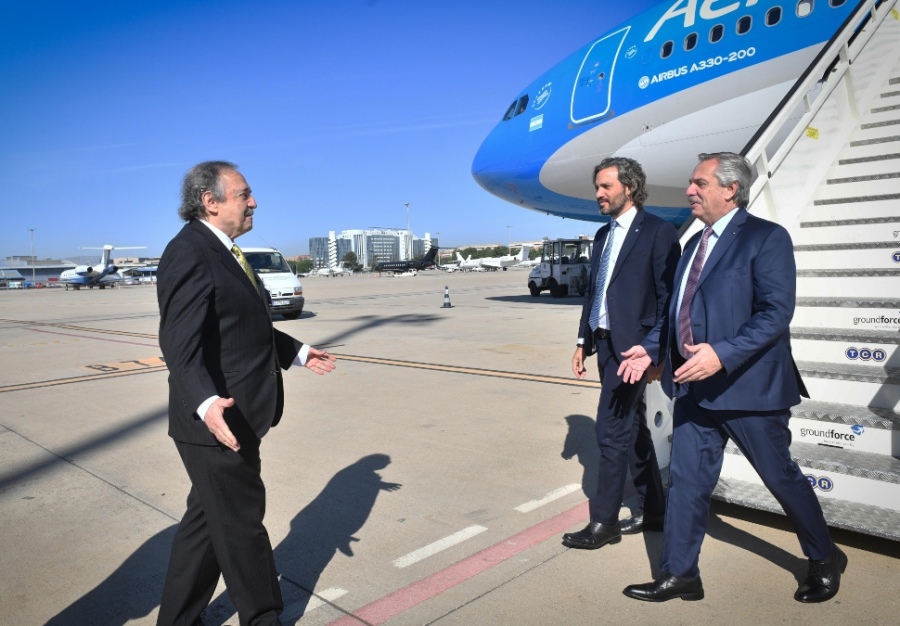 President Alberto Fernández arrived in Madrid this Tuesday morning, where he will meet with the President of the Spanish Government, Pedro Sánchez, and, later, with King Felipe VI. These are some of the presidential activities in the framework of the tour of Europe that he is making this week and that will also take him to Germany.

On a special Aerolineas Argentinas flight, the president and his entourage landed at 9:53 local time (4:53 in Argentina) at the Adolfo Suárez-Barajas International Airport. Fernández was received at the airport by the Argentine ambassador to Spain, Ricardo Alfonsín.

Read more: There is no transport stoppage in Córdoba

At 1:00 p.m. (8 in Argentina) Fernández is scheduled to meet with the President of the Government of Spain, Pedro Sánchez, at the Moncloa Palace, and at 5:00 p.m. (12 in Argentina), with King Felipe VI in the Zarzuela Palace.

These will be the first two activities that the President will carry out on Spanish soil, within the framework of a brief tour of Europe that will take him tomorrow to Berlin, Germany, where he will meet with the Foreign Minister of that country, Olaf Scholz.

Without official precision yet, the tour would include a last stage between Friday and Saturday in Paris so that the promised meeting between the Argentine president and his French counterpart, Emmanuel Macron, recently re-elected, finally takes place.