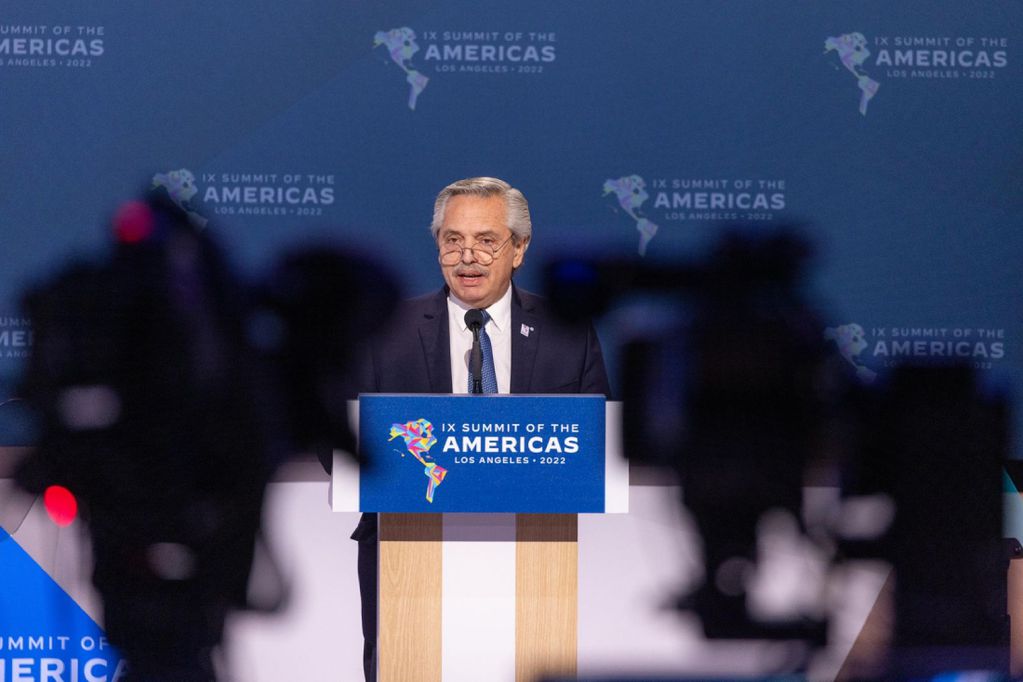 President Alberto Fernández will participate today in the closure of the IX Summit of the Americas, which takes place in the US city of Los Angeles. He will also hold bilateral meetings with his peers from Chile and Peru; and at night he will return to Argentina, according to official sources.

At 10:30 am (2:30 pm in Argentina) the Head of State will hold a bilateral meeting with the President of the Republic of Chile, Gabriel Boric Font; and at 12 (16 from Argentina) another with his counterpart from Peru, Pedro Castillo. Meanwhile, at 3:30 p.m. (7:30 p.m.) the President will participate in the III Plenary Meeting of the summit, with which the international conclave will be concluded.

It is expected that at 8:00 p.m. local time (at midnight in Argentina) the flight that will bring the President and his entourage back to Buenos Aires will depart.

Yesterday, while speaking at the leaders’ summit, the Argentine president called for the resignation of the Secretary General of the Organization of American States (OAS), the Uruguayan Luis Almagro, stating that “the OAS, if it wants to be respected and once again be the regional political platform for which it was created, must be restructured by immediately removing those who lead it”.

We would have wanted another #SummitOfTheAmericas. The silence of the absent challenges us. And the inequities to which the global order subjects our region hurt us. It is time for a true Common Strategic Partnership. #AmericaIsWithAll

Here are excerpts from my participation: pic.twitter.com/aswP3lNL8N