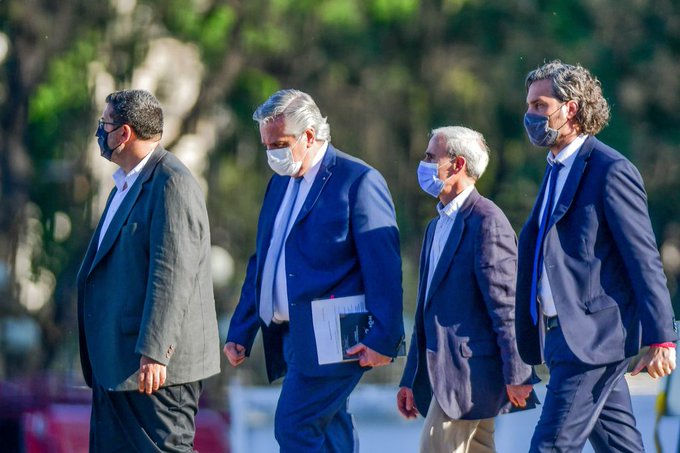 President Alberto Fernández will travel to Germany to participate in the G7 Summit, in what will be the first participation of an Argentine government in the forum that brings together the seven countries with the greatest economic weight in the world.

The presidential delegation will leave Ezeiza this Saturday night to arrive at Munich International Airport at 2:30 p.m. on Sunday 26, German time (9:30 a.m. in Argentina). With the energy crisis generated by the Russian invasion of Ukraine as an exclusive issue, the president will participate in activities prior to the plenary sessions that will begin next Monday the 27th.

It is expected that at 6:00 p.m. German time (1:00 p.m. in Argentina), he will be part of a bilateral meeting with the Prime Minister of India, Narendra Modi, at the Bayerischer Hof Hotel. Later, she will be present at the welcome organized for the five countries invited to the forum at the Cuvilliés Theater in Munich Residenz.

The initial activity will include a greeting from the Minister President of Bavaria, Markus Söder, and a show by the Bavarian State Opera. In addition, the first family photo will take place, starring the leaders of invited countries and international organizations.