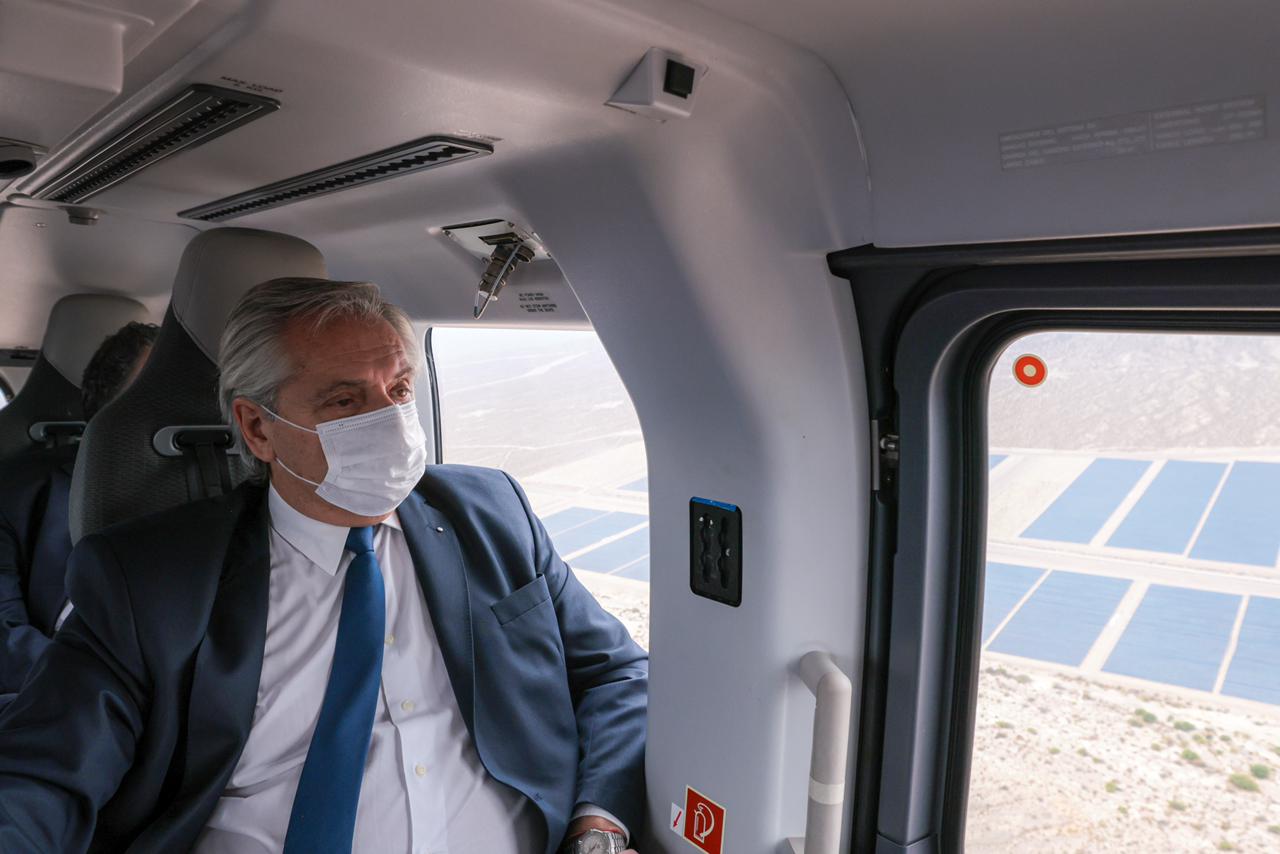 President Alberto Fernández travels to the province of Jujuy to visit social leader Milagro Sala, who has been hospitalized since last Monday. The news was announced by the spokeswoman for the Presidency, Gabriela Cerruti. In addition, the president himself published a video on his Instagram account where he was taken to the north of the country.

“I am going to visit Milagro, unjustly detained, sick, to accompany her as I always did and also to show this disgraceful situation that the Court remains unresolved,” is the text that accompanies the images of the Head of State from Jorge Airport Newberry.

On the detention and health of Milagro Sala

The main reference of the Tupac Amaru Social organization remains hospitalized “stable” in an intermediate therapy room of a clinic in the capital of Jujuy, and her defense yesterday denounced “harassment” by the police personnel who guard her.

The activist was admitted last Monday to the private sanatorium “Los Lapachos”, in San Salvador de Jujuy, with a picture of “deep vein thrombosis” after routine tests were performed due to pain in her left knee.

The defense attorneys of the social leader reported that, from that moment, Sala was transferred to the coronary therapy unit, “to be compensated and receive the necessary treatment for thrombosis.”

According to reports, the social leader “is guarded by two police agents, a woman and a man, at the entrance door to the UCO/ICU and a third female agent, next to her bed, ostensibly exhibiting the carrying of his service weapon.

What was the presidential agenda planned for today?

As a result of this trip, the President canceled his participation in the event scheduled for this noon at the Institute of Physiology, Molecular Biology and Neurosciences of Ciudad Universitaria (UBA), where he was going to lead the delivery of scientific-technological equipment to organizations and universities for a total amount of $7,800 million.

Source: Government of the Nation