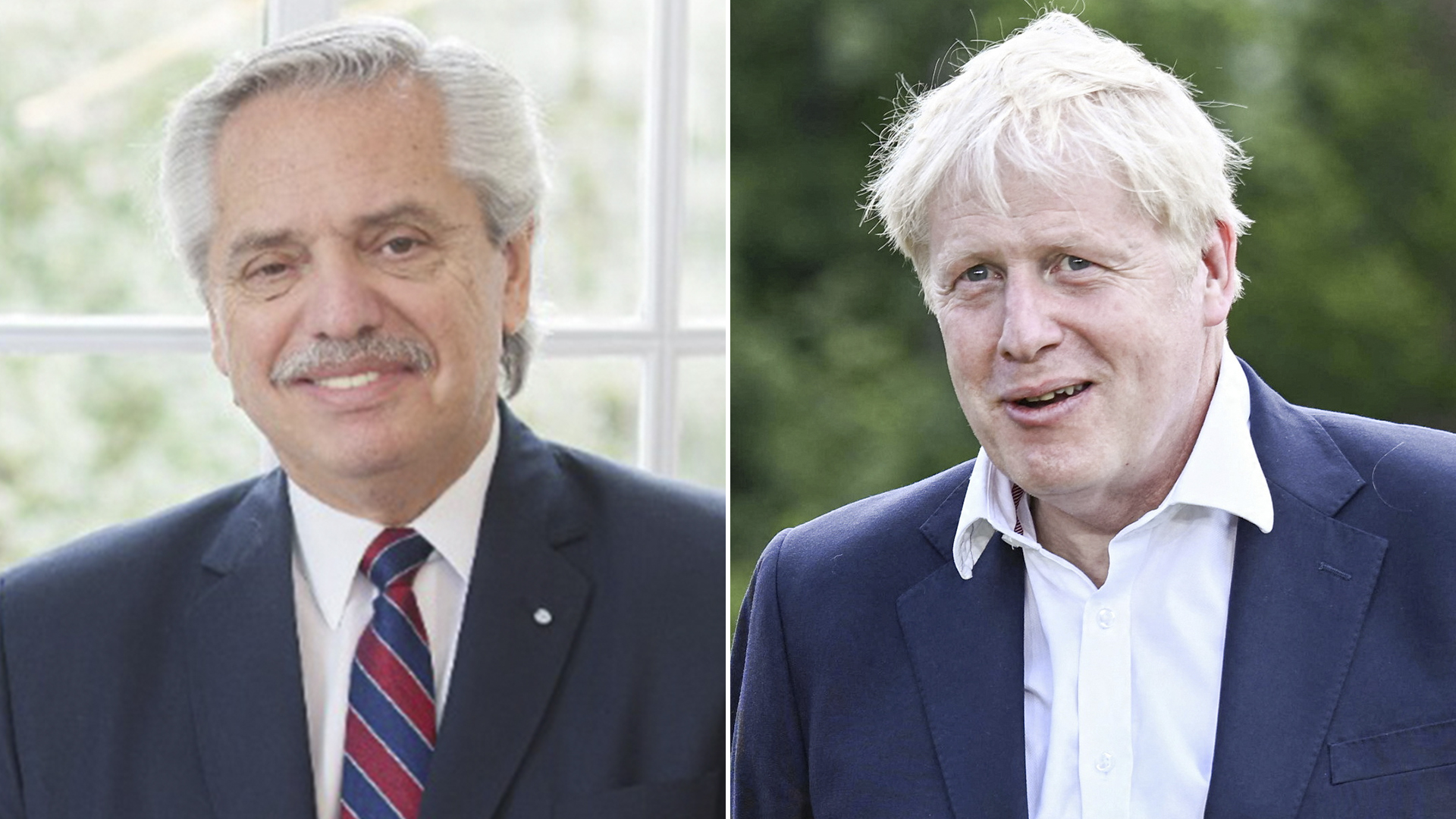 President Alberto Fernández added a new appointment to his agenda within the framework of the G7 Leaders’ Summit in this city: a bilateral meeting with the Prime Minister of the United Kingdom, Boris Johnson.

The one-on-one with Johnson will take place this Monday at 5:45 p.m. (12:45 p.m. Argentine time) and is scheduled to be an open agenda and last fifteen minutes.

The bilateral will take place at a time when Argentina has come back to claim days ago before the United Nations Decolonization Committee in New York for the sovereignty of the Malvinas Islands, the historical dispute with the United Kingdom.

It is not the only meeting that Fernández added in the last hours, since a super tight agenda is expected for this Monday.

The day will begin with a meeting with the President of the European Union, Úrsula von der Leyen, and then he will meet alone with the German Chancellor Olaf Scholz, who was responsible for inviting him to this summit.

Then it will be Johnson’s turn, and later another of those confirmed at the last minute: Italian Prime Minister Mario Draghi.

Finally, a meeting is scheduled with the Prime Minister of Japan, Fumio Kishida, and interviews with the leaders of Senegal and South Africa, two of the special guests as well as Argentina, could be added.

With these bilaterals with the United Kingdom and Italy, the President managed to swell the international political agenda of the meeting, which had been reached with three confirmed meetings.