Fernández will receive the President of Ecuador • Channel C 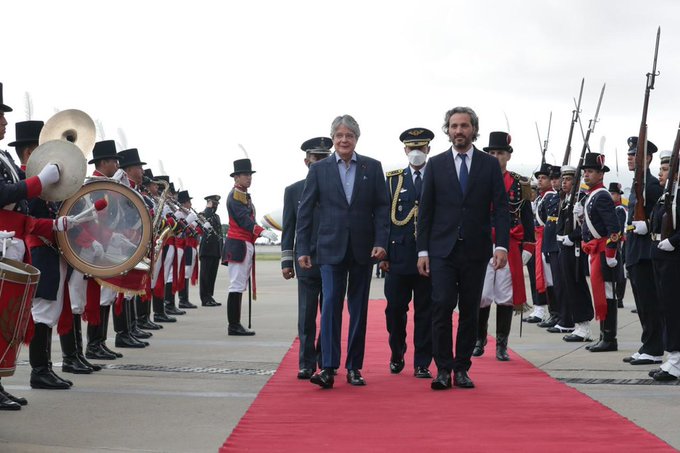 President Alberto Fernández will receive this Monday his counterpart from Ecuador, Guillermo Lasso, in the first official visit of the president of that country to Argentina, and in which both heads of state will seek to strengthen the bilateral relationship mainly in commercial and political matters.

Lasso arrived with his entourage this Sunday at 5:00 p.m. at the Jorge Newbery Airport, in the City of Buenos Aires, where he was received by Foreign Minister Santiago Cafiero. The Ecuadorian president arrived accompanied by two of his officials: Vianna Maino, Minister of Telecommunications and the Information Society, and Julio José Prado Lucio-Paredes, Minister of Production, Foreign Trade, Investments and Fisheries, who will hold bilateral meetings with their Argentine peers.

Lasso will begin his official agenda today at 10:30 am when he makes the formal floral offering at the Monument to the Liberator General José de San Martín, located in the square that bears the same name, in front of the Argentine Foreign Ministry. This act will mark the beginning of the bilateral agenda that the Ecuadorian president will develop in Buenos Aires next Monday and Tuesday, in which it will be his first official visit to Argentine soil.

On Monday, after the floral offering, Lasso will go to the Casa Rosada to hold a bilateral meeting with President Fernández.