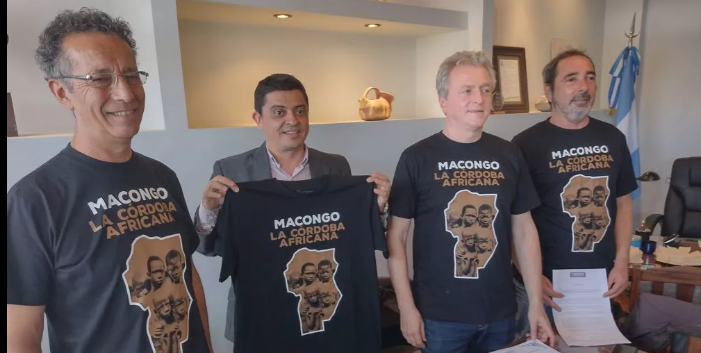 The filmmaker Pablo César, who has spent more than two decades dealing with African issues and their ties with Latin America, began filming the documentary “Macongo, la Córdoba Africana” on Monday in Capilla del Monte.

Taking advantage of these days on the edge of the Afro-Cordovan Culture Day that is commemorated every April 27 since 2017, the municipal mayor of Capilla del Monte, Fabricio Díaz, distinguished Pablo César and the producer Pablo Ballester as “Illustrious Visitors”.

The film will show the Cordovan journey of a researcher interviewing historians, ethnologists, anthropologists and some elders with a memory about the African roots in a province that around 1850 had a 60% Afro-descendant population.

The 90-minute film, which is expected to premiere next October, has the support of the National Institute of Cinema and Audiovisual Arts and the municipalities of Capilla del Monte, Alta Gracia, Jesús María, Nono and La Granja and the district of Cabalango .