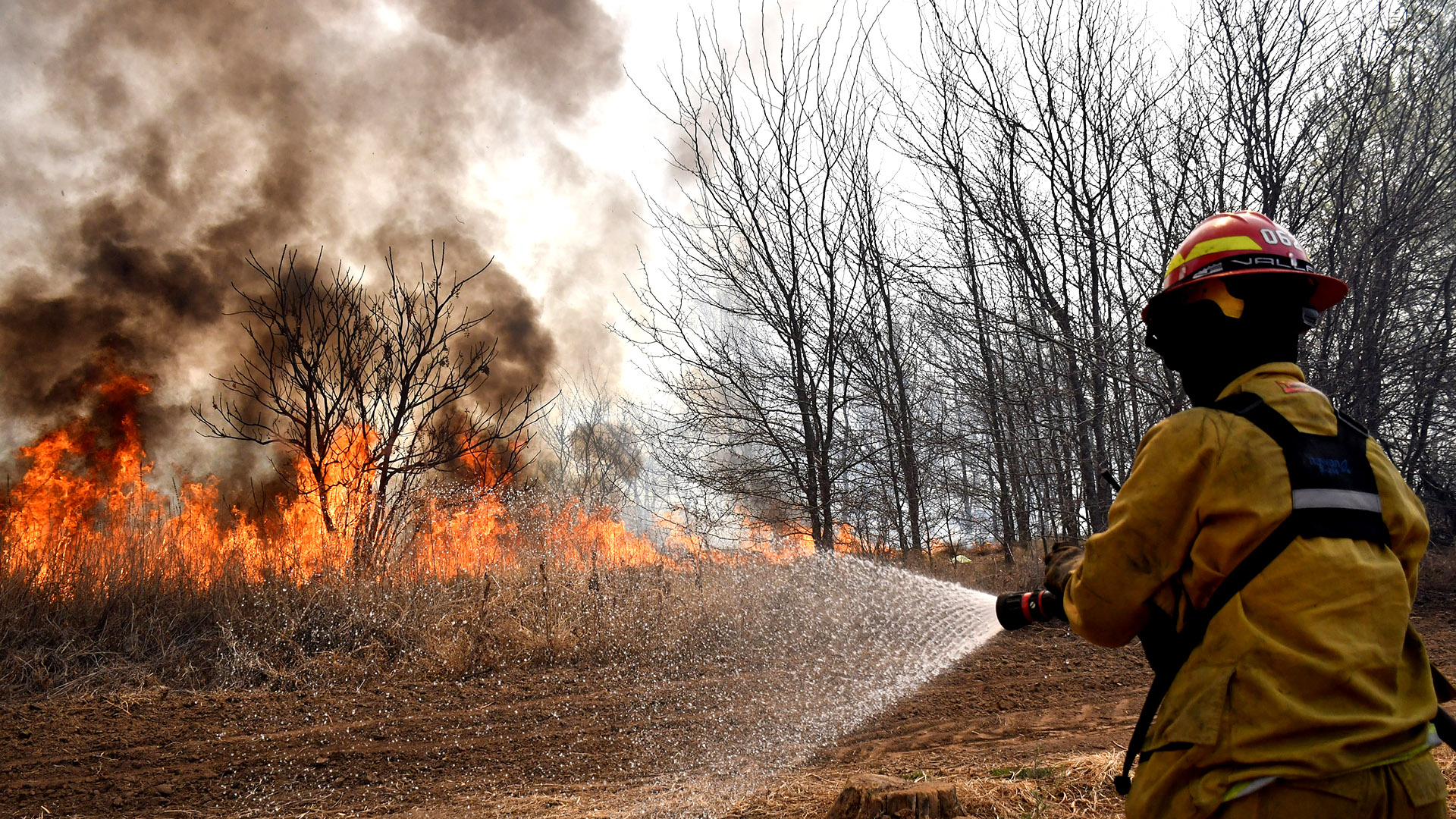 Firefighters are working to contain a major fire that has been recorded since yesterday in the northern area of ​​the Punilla Valley, between the town of La Cumbre and the Cuchi Corra area.

It is worth mentioning that after the overflight carried out in the Cuchi Corral area, the Secretary of Climate Risk Management, Catastrophes and Civil Protection, Claudio Vignetta, assured that the fire is 80% contained.

More than 200 brigade members work near the Cuchi Corral area, belonging to the volunteer fire departments of the region, the ETAC (Technical Team for Action in the face of Catastrophe), provincial Civil Protection, Comprehensive Management of Fire Management, Córdoba Police and personnel of municipalities, which have air collaboration of four hydrant planes.

It is a front of approximately three kilometers, which later divided into two, advancing on that vegetation, for the time being there is no risk of interface and no evacuees have been registered.

🚨 ATTENTION. ⚠️ We update the situation of #fires.
➡Work is being done to contain the two active foci in #CuchiCorral Y #AlpaCorral. They are about to be contained, although the weather conditions will not be favorable during the day. More info 🔗https://t.co/7dAzKlB7Ma pic.twitter.com/4yGi4I6wJA

The other focus began in the last hours of this Monday and is a fire that advances in a field in the south of the province, on the Río Seco area, near Alpa Corral. In the sector, members of the ETAC and volunteer firefighters from six neighboring towns worked during the day and night to contain the advance of the flames. In this regard, Claudio Vignetta said: “There is activity within a pine forest of about 300 meters of fire, the head and tail have already been controlled.”

It should be noted that the risk of forest fires continues to be extreme in the province and the weather forecast indicates that the rains could only arrive on Wednesday to alleviate the situation.