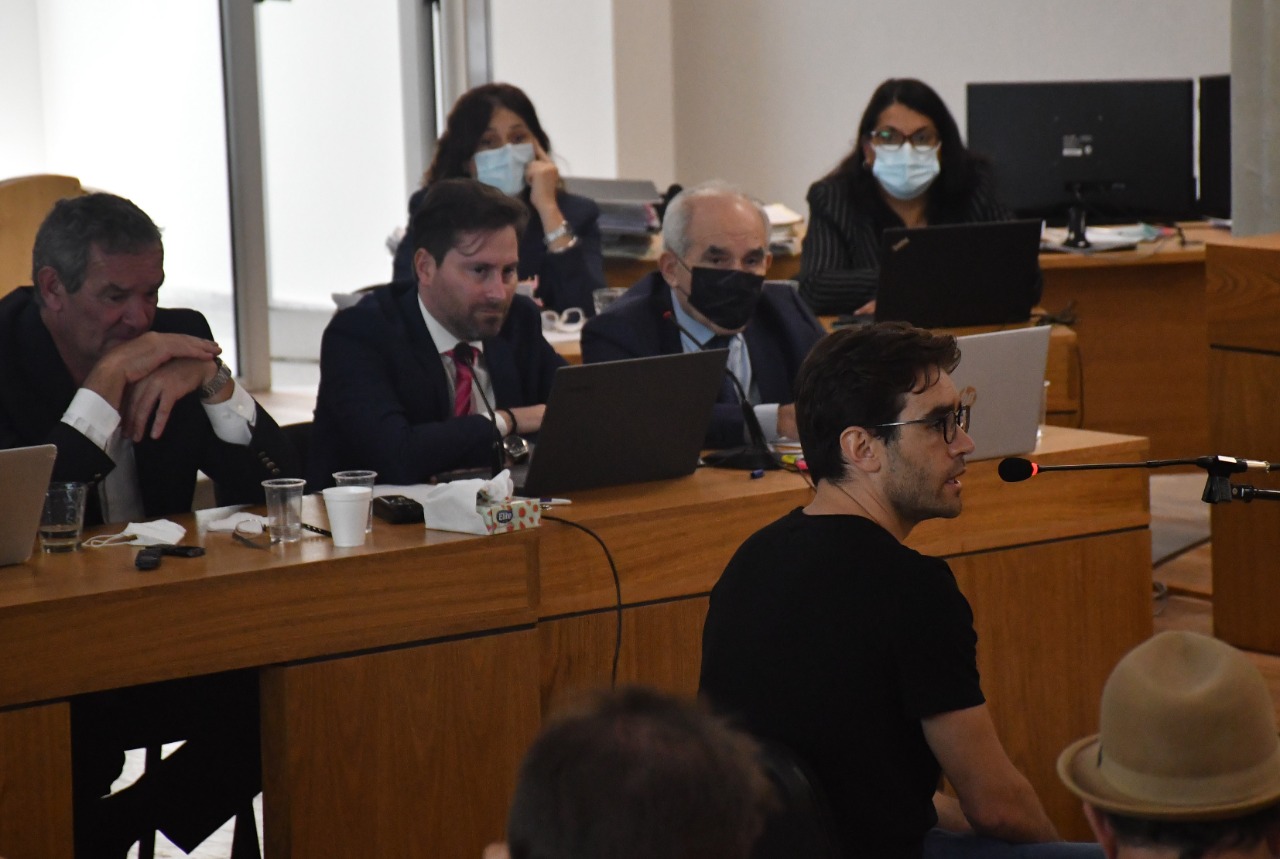 Facundo Macarrón stated today that two of the witnesses who testified this week in the trial “were not friends” of his mother and that “the only thing they seek is to defend their friend Michel Rohrer”, the businessman whom he and his sister Valentina point out as the main suspect.

That was the way of referring to the witnesses Paula “Poly” Fitte de Ruiz and María del Carmen Pelleritti, who testified the day before yesterday and yesterday before the court of Río Cuarto and the popular jury that is carrying out the trial of their father.

Before the start of the ninth hearing of the debate, Facundo Macarrón declared to the press: “Both María and ‘Poly’ Ruiz are sent by Rohrer to defend his honor, they were circumstantial friends (of his mother) nothing more.”

“My mother’s true friends are not in the process” of prosecution, the victim’s son clarified. Likewise, he reiterated that Rohrer, a businessman who was close to the family at the time of the crime, “should have been investigated, which he was not.”

Testifying as a witness last Tuesday, “Poly” Ruiz said that it seemed “ridiculous” that Rohrer be accused, while Pelleritti testified yesterday that “if the person who benefited from the crime had been sought, the murderer would have been found.” , after which he clarified that in his opinion the person who benefited “could be Macarrón so as not to share fifty percent of the assets.”

That witness also pointed to the first defense attorney Macarrón had in the case, Daniel Lacase, who, he said, “Nora was terrified of.” To everyone’s surprise, in the middle of exposing her, the witness warned: “If I turn up dead, look for Lacase.”

It should be remembered that according to the prosecution, on a date that cannot be established exactly, a few months before November 25, 2006, Marcelo Macarrón “in a criminal agreement with people not yet identified by the investigation, instigated the crime of his wife for marital disagreements.

For this reason, he faces this debate as accused of the crime of “homicide qualified by the bond, by treachery and by price or remuneration promise in an ideal contest.”