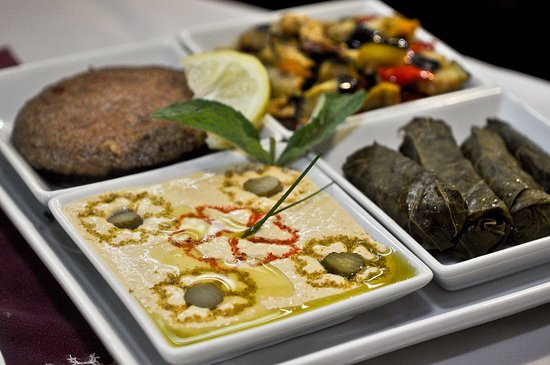 Ethnic food gains strength and is positioned as one of the options chosen by the people of Cordoba when putting together a plan to go out to eat in the city.

For those who do not know what this new gastronomic experience is about, we tell you: ethnic food refers to those foods that are prepared in certain regions of the world and that are not influenced by the culinary culture of France or the United States. These restaurants do not have fusion food, that is, they only specialize in food from a specific place in the world.

Located in Lima 865, General Paz neighborhood. Chef Tony Raphael’s restaurant is dedicated to the flavors of the East, more precisely to Lebanese cuisine.

In 2019 they received the award for the best Ethnic Food restaurant for the eighth consecutive year. Al Malek has an extensive menu that includes a wide variety of snacks that range from $2,200 (for two people) to $6,200 for 6 people.

It also offers hot and cold dishes. A recommendation: do not miss trying some of their desserts, they are exquisite.

Located in Oncativo 804 esq. Ovidio Lagos, General Paz neighborhood. They are the first Armenian food restaurant in Córdoba, their kitchen is in charge of chef Sahakian Alejandro Sergio.

In the gastronomic place during the days Friday and Saturday they offer live shows.

You can also find kebbap or shawarma rolls.

Located in Oncativo 100, Downtown. This restaurant is located in the North Market of the city of Córdoba, the chef is in charge of personally serving his customers.

Dare to taste an artisanal Arabic dish at its highest level.

Located at Libertad 1544. It offers a wide variety of Armenian cuisine dishes, in its menu we can find baked keppe, phyllo pastry stuffed with 4 cheeses, shawarma, Armenian meat empanadas and falafel, among others.

It also offers grilled food dishes, which are unmissable.