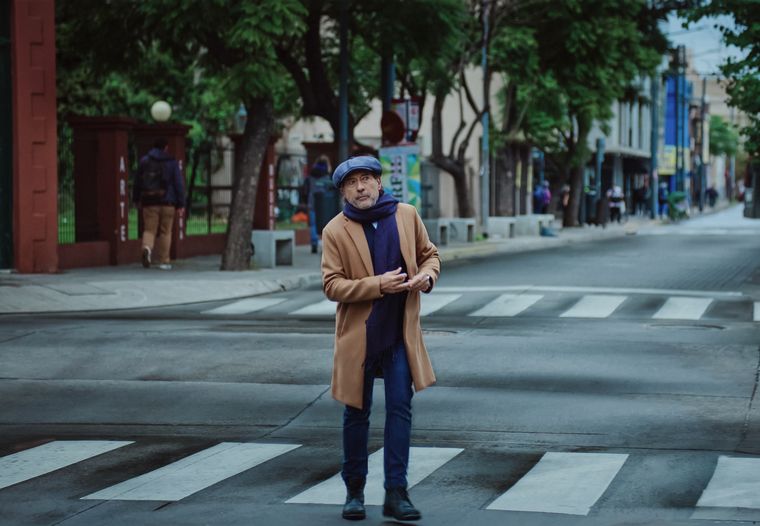 This Wednesday “Granizo” finally arrived on Netflix, the Marcos Carnevale film starring Guillermo Francella that in May 2021 revolutionized Córdoba for its filming in the streets of the capital and in corners of the province.

The story is that of Miguel Flores (Francella), an infallible meteorologist who is a star in Buenos Aires for his ability and charisma. Everything changes from one moment to another when he fails in a key forecast: he says that he will be clear and a historic hail falls that destroys half the city.

That is why he decides to seclude himself in Córdoba, where his daughter (played by Romina Fernandes) lives. It is on this journey, which is also one of self-discovery, that the film shows various points in the province that will bring a smile to the locals.

With impressive drone shots, important scenarios are seen such as the Mario Alberto Kempes stadium, the new Ramón Mestre curved bridge and the Civic Center, better known as “El Panal”.

The center of the city of Córdoba is another of the places where Miguel arrives in a Cordovan taxi. The area of ​​Plaza San Martín and the beauty of the Los Capuchinos church in Nueva Córdoba are also taken by cameras.

The people of Cordoba will surely remember that day in May 2021 when there was a great stir due to the presence of the artist and for being the first filming for Netflix in the capital.

The Circunvalación and the charm of the Cañada are other points that are captured in the essence of the film.

The picturesque Güemes neighborhood is one of the places where the protagonist walks. In one of the scenes he goes out for a drink at one of the classic bars of that Cordovan gastronomic pole (it was shot in “La cova del drac”, on Belgrano street).

The corner of Belgrano and Fructuoso Rivera shows how gastronomy and culture are combined in the area, with the Casa de Pepino cultural center in the background in one of the shots.

The development of the plot leads Miguel Flores to discover the charm of the Córdoba mountains, with images of the mountains and the green of the area that accompany what happens. Those scenes were filmed in La Cumbre and San Esteban. The character gets there by driving through what appears to be the famous Square Road.

The city of Villa Allende was another of the places that were used as a location. At the time, there were even cuts for filming on Padre Luchesse avenue. They also shot on the premises of the Provincial University of Córdoba.