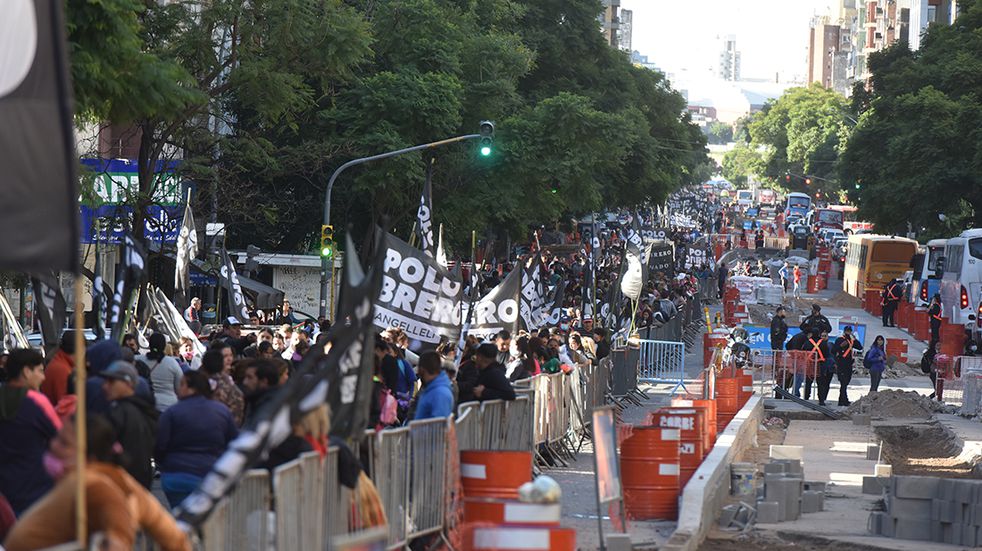 The piquetero camp is replicated in two large cities: one is on Av. 9 de Julio, in the Federal Capital, and the other is in the middle of Chacabuco in the city of Córdoba. The claim is unanimous: they ask for social policies to alleviate poverty and lack of work.

Given this, the presidential spokeswoman, Gabriela Cerruti, made a statement, clarifying that the Ministry of Social Development “continues to work” to reconvert social plans into formal employment and confirmed that “there will be no new income” for assistance programs. “It’s time to give work and no more social plans,” she said. She also reiterated that “minister Zabaleta considered that there was no need to continue negotiating while they were camping and blocking the street.”

In the press conference offered at the Casa Rosada, the official explained: “The minister (of Social Development, Juan) Zabaleta received before the protest those who are camping in the 9 de Julio. They (because of the movements that carry out the camping ) had decided on a plan of struggle in which they were going to carry out three camps and this was the second. They decided to carry it out even though the negotiations had begun. We trust that the negotiations can be resumed. The proposal is the reconversion of plans into genuine work. The minister is working on this program, which is the one that excites us the most and encourages us the most. We have already managed to create 40,000 jobs in the last three months based on the agreements that were Plans of Empowering Work,”

Read more: The Camp of the Polo Obrero continues in Chacabuco street

Meanwhile, the movement that began on Wednesday in Córdoba could extend beyond Friday, although it was scheduled to last 48 hours. This probability was slipped by one of the protesters consulted by the local media.

The claim is for a million decent jobs: blank, with social work and good pay. They also demand food for the community kitchens and that the plans be returned to picketers accused of stoning the National Congress when the project was approved with the IMF.

The protest is organized by the organizations that make up the Piquetero Unity Front, such as the Polo Obrero, MTR-Votamos Luchar, CUBA-MTR, the National Piquetero Bloc, the Armando Conciencia Group and the November 17 Organization and the Territorial Movement ( MTL-Rebelde), the Coordinator for Social Change, the Front of Organizations in Struggle (FOL), the Movement for the Peoples, the Movement of Latin American Unity, Barrios de Pie/Libres del Sur, the MST Teresa Vive and a sector of the Darío Santillán Popular Front (FPDS).