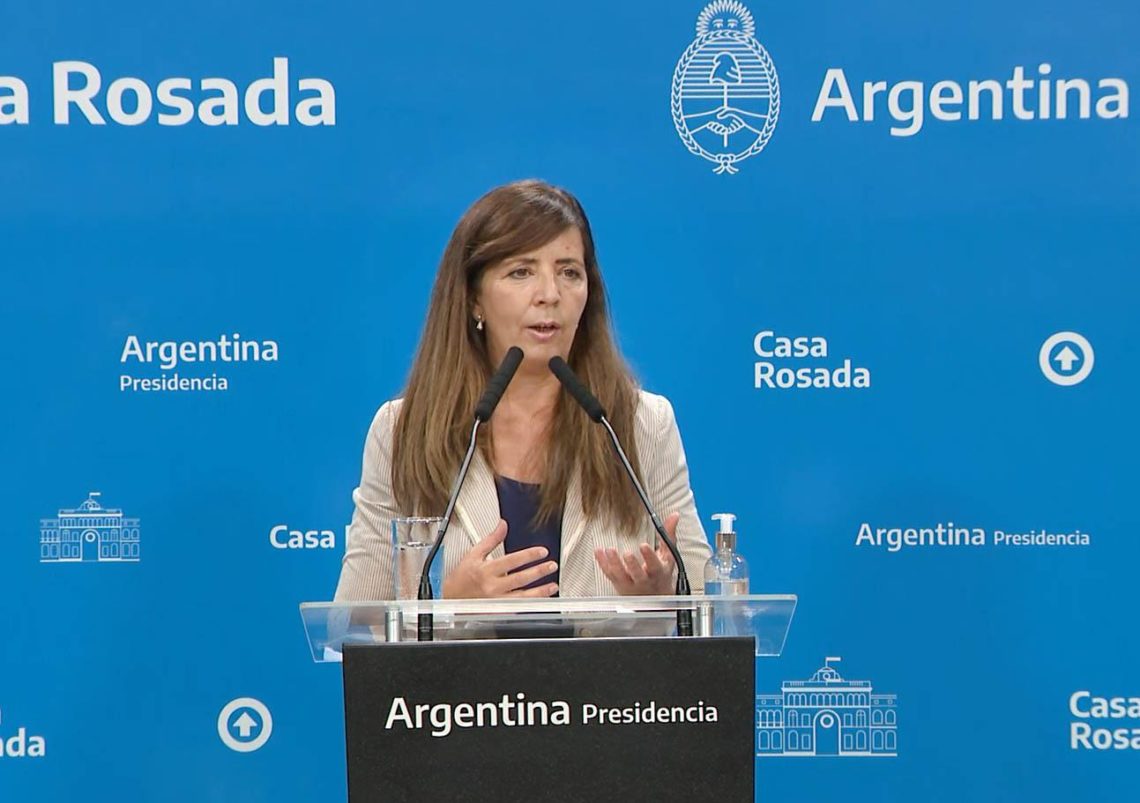 In her usual press conference, this Thursday the spokeswoman for the Presidency, Gabriela Cerruti, assured today that in Argentina “there is no risk of hyperinflation”, despite the escalation of price increases that have been registered in recent months. She also referred to the opening of joint negotiations and affirmed that “it will allow an important recomposition of the workers’ wages.”

“The Government does not put a ceiling, it hopes that the best salary recomposition will be reached, we need them to anticipate these inflationary movements and recover purchasing power,” said the official in her weekly press conference from Casa Rosada. She also stated that the possibility of granting a bonus to public sector employees “will be discussed within the framework of these joint negotiations.”

In addition to this, the official spoke about the supply crisis that is going through the fuel shortage. Fearing for the lack of gas in winter and the lack of diesel in the middle of the harvest season, she did not rule out the possible restriction of oil exports, to favor supply to the domestic market.

“The government is analyzing all the measures that need to be taken in order to guarantee the supply of gas and diesel, and for that, negotiations with the different countries are progressing,” he said.

He pointed out that the war in Ukraine “has economic consequences” such as “the soaring prices of oil, diesel, gas, in addition to the lack in many parts of the world.”