Georgieva optimistic about the future of Argentina • Channel C 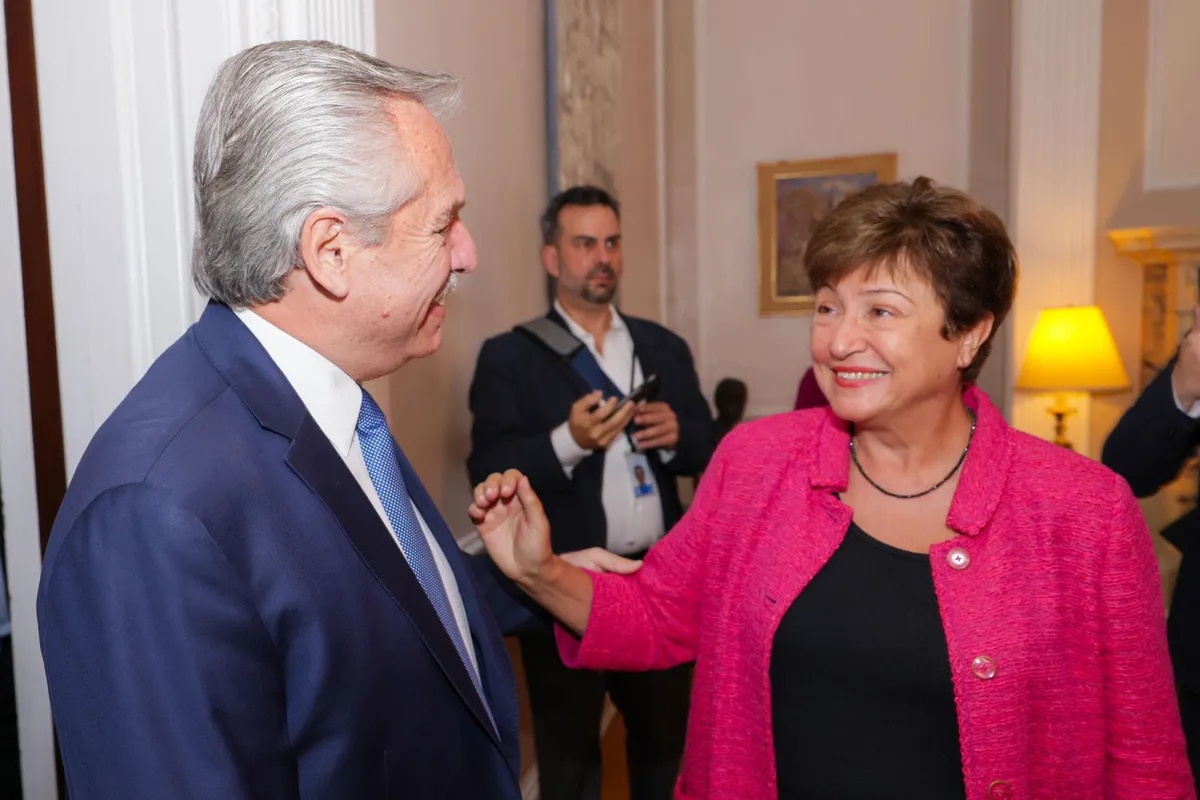 After 50 minutes of a closed-door meeting with President Alberto Fernández, the managing director of the International Monetary Fund, Kristalina Georgieva, expressed her satisfaction with the goals achieved by Argentina in relation to the commitment of the agreement with the Fund, although, in view of the immediate future, stressed the need to pay special attention to “the evolution of inflation and the elimination of harmful subsidies for Argentina”.

In the first place, he indicated that “it is a difficult moment everywhere, it is a difficult moment in Argentina”, although he affirmed that “taking the correct steps on the front of political measures will calm the waters”. In turn, he highlighted the priorities of the agreement between the country and the international organization: “We want to see inflation go down and we want to see income go up for everyone in Argentina.”

In dialogue with the media, the head of the Fund used a figure typical of Argentina to graph the meeting and the situation of Argentina with the IMF. “This is like in tango you take one step forward and two steps back and then forward,” she described. In addition, the international official stressed that “the mandates may have differences, but the important thing is to face the challenge of inflation.”

In that important Meeting, along with Fernández were Foreign Minister Santiago Cafiero, Ambassador Jorge Arguello and the Secretary General of the Presidency, Julio Vitobello. Cafiero arrived at the consulate minutes after the meeting began, as he was meeting at the Sofitel Hotel with the Indian Foreign Minister, Subrahmanyan Jaishankar.

Georgieva was positive and said that: “the indications of the seriousness of the government are precisely the stabilization that the Argentine economy has experienced and also the progress in the reconstruction of the reserves”