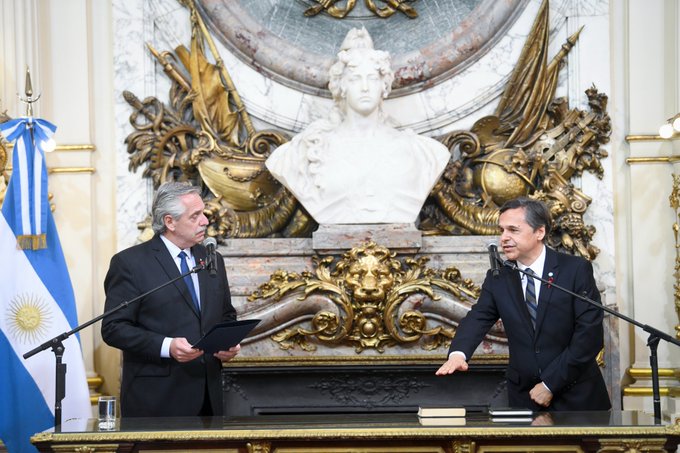 The national government formalized today the appointment of Diego Giuliano as Minister of Transportation as well as the acceptance of the resignation of Alexis Guerrera, according to what was published in the Official Gazette.

Decree 807/2022 appoints Giuliano “as of December 1” last, according to the rule signed by President Alberto Fernández and the Chief of Staff Juan Manzur. Meanwhile, Decree 806/2022 accepts Guerrera’s departure and “thanks the resigning official for the valuable services rendered in the performance of his position.”

In his message, the president addressed the outgoing minister first and had “words of gratitude”, which generated emotional applause among those present.

I swore in the new Minister of Transport, @DiegoGiulianowho until today served as secretary of the @MindeTransporte. I have known him for many years and I know of his abilities to carry out this task.

We will continue to work together to put this country on its feet. pic.twitter.com/DeiRuAFwsv