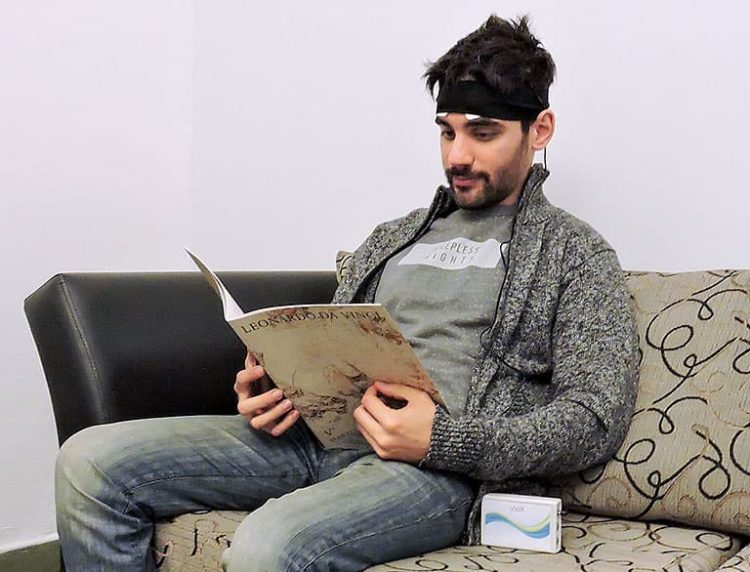 This is one of the four medical technology projects that Dines is working on, a company incubated at the National University of Córdoba (UNC) and made up of specialists in engineering and health sciences. The prototype of the device works by applying almost imperceptible electrical impulses to stimulate specific nerves.

The device, called Viex Tens, is based on the principle discovered in the mid-1960s by two doctors – Ronald Melzack, a Canadian psychologist and professor, and Patrick Wall, a British neuroscientist – who proved that by stimulating certain nerve areas it was possible inhibit pain.

This headband applies almost imperceptible electrical impulses to stimulate specific nerves. They currently have a prototype of the device, but a few days ago they received an award from the InnovACba Program, from the province of Córdoba. This financing will serve as the initial kick to start production together with a local firm dedicated to the manufacture of medical equipment.

“So far, the tests show that a device of this type can reduce the level of pain by up to 75% and, with it, the consumption of drugs. It generates relief especially in people who cannot receive special medication, such as pregnant women. In addition, the electrical stimulation is almost imperceptible, like a tingling. Some people do not feel anything and it is really effective”, they warn from the research team.

For migraine sufferers, the recommendation is to wear the cap 30 minutes, once or twice a day, to prevent the use of medications.

The publication Goodbye to migraine? first appeared on Channel C