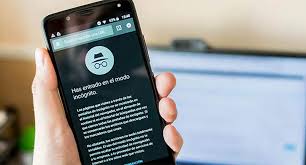 Google Chrome has launched an exciting new feature for Android that will allow users to feel more confident that searches they perform in an incognito tab won’t be seen by other people if they forget to close it. Specifically, the new function will allow people to protect these tabs with their fingerprint. Chrome 105 will be the version that incorporates this and to activate this function you will have to perform a few simple steps.

First of all, you must type the following command in the search bar: “chrome://flags/#incognito-reauthentication-for-android” and then press enter. You will have to enable it in the Chrome section that will appear next, specifically in “Block incognito tabs when you leave Chrome”. After this, restart Google Chrome and it should ask you to put your fingerprint when you enter the incognito section of your browser.

This new Chrome feature was already available on iOS, but not on Android. However, it has been added as a development feature so you may not have that feature available yet, but it is expected to reach all users very soon.