“Green Tide” premieres, the documentary about the fight for abortion • Channel C 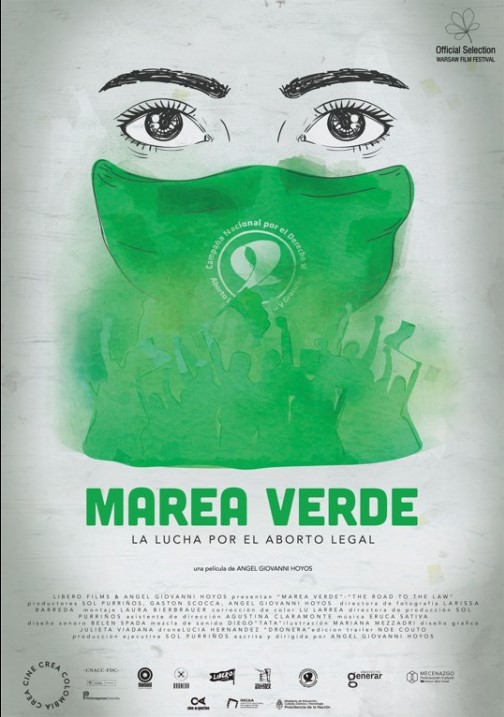 On Thursday, July 7, the Colombian-Argentinean co-production Marea Verde opens, a documentary by Angel Giovanni Hoyos that traces the history of abortion in Argentina, making visible the feminist struggle that has been going on for more than 20 years and going through first-person accounts, marches , news, vigils and political discussions until achieving legal abortion in Argentina.

“The film was not a planned project, as is traditionally the case when you sit down and put together a script. Only when I started filming did I realize that it could be a film, but it was something more intuitive. As an immigrant, it caught my attention a lot. that the legalization of abortion was so openly demanded in the public space,” said the director.

“What moved me the most was seeing these women in the streets demanding their rights, in fact if you ask me what the theme of the film is for me, it’s not abortion but the struggle. Later, everything began to grow and where there was One hundred people began to be three hundred and it was another mass. It was six years and almost forty hours of raw material that was filmed, but there was never a plan, there was a concern, “said the director.

It is worth mentioning that to the 2020 conference, Hoyo adds not only his own material, but also photographs and testimonies of feminist activists from recent decades, putting on screen that it was the claim of a part of society that had been present for a long time. decades.

Angel Giovanni Hoyos was born in Bogotá, Colombia in 1992. At the age of 18, he decided to study cinema and emigrated to Buenos Aires. He worked with filmmakers such as Natalia Smirnoff, Cecilia Atán, Julian D’angolillo and production companies such as Cinecolor, Tronco, 1staveMachine, Tasa Fina and El Perro en La Luna, as director and editor. He was part of artistic groups and human rights activists such as the Articiclo artivist collective, with which he carried out audiovisual pieces and mapping. He is currently producing his second documentary feature film, Terricidio.

[ESTRENOS] On Thursday the 7th, the documentary “Green Tide” will be released, Angel Giovanni Hoyos’ first film that covers the history of abortion in Argentina, making the feminist struggle visible.
https://t.co/HMmfmey22N via @gpsaudiovisual pic.twitter.com/trju8Zva1Z