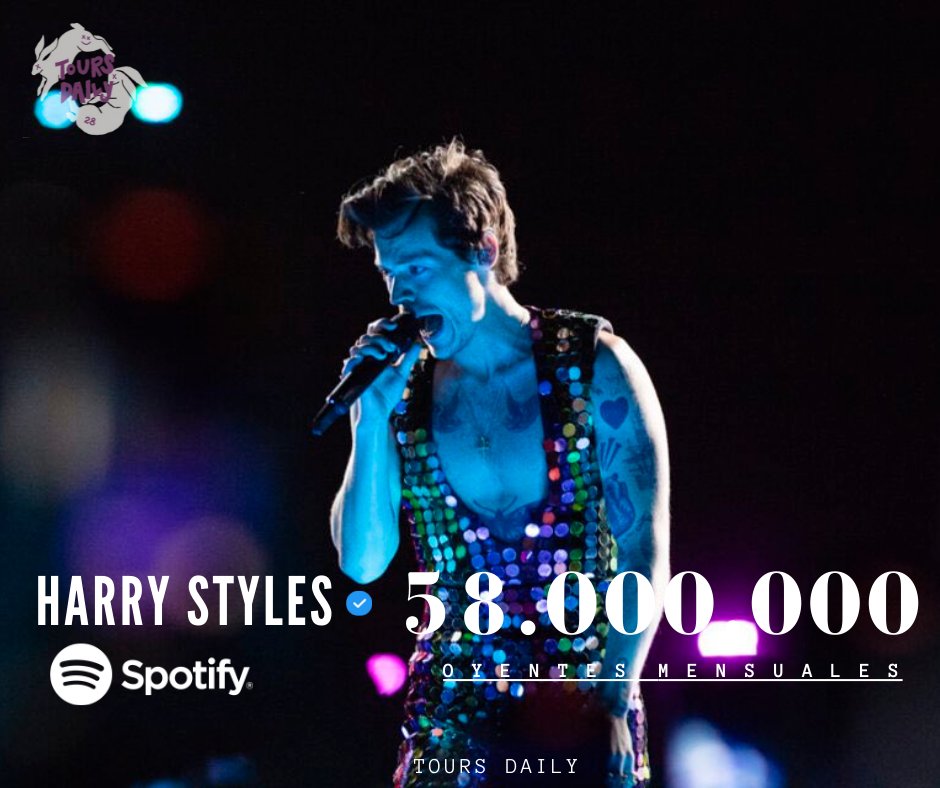 Harry Styles surpassed J Balvin on the Spotify platform last Sunday, placing himself in sixth place as the most listened to artist in the world, with a total of more than 57 million monthly listeners.

In this last week, the British premiered his new album at the Coachella festival, which was held in the United States in the Coachella Valley in the Colorado desert. In addition, his song “As It Was” reached number one on the Billboard Hot 100, becoming his biggest hit, surpassing his song “Watermelon Sugar”.