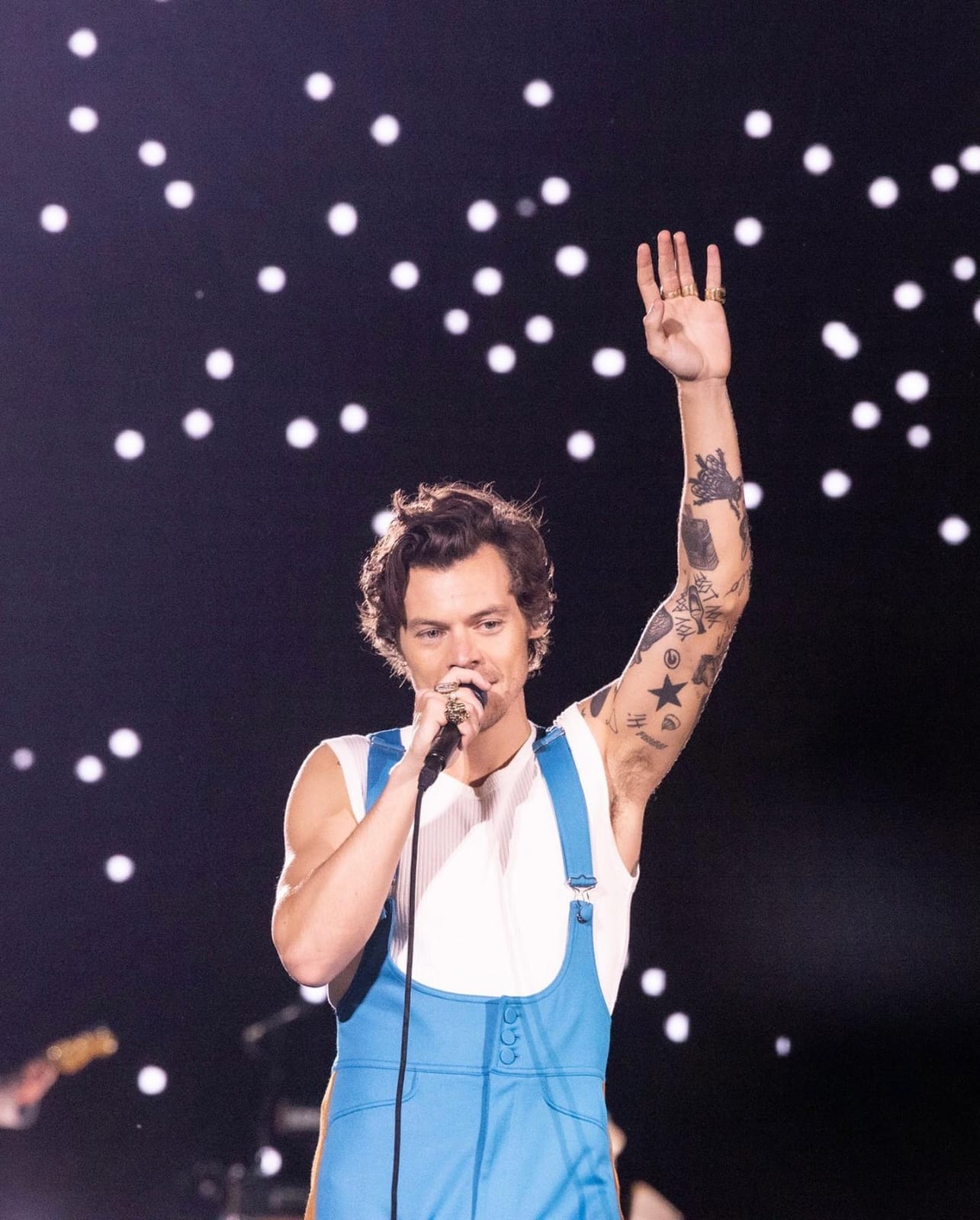 This Saturday Harry Styles crowned his tour with his Love on tour a day worthy of being remembered throughout the country. The long-awaited wait for the show of British singer and fashion icon Harry Styles was worth it for each of the people who attended his show. To the skin-deep emotions typical of the fans was added the triumph of La Scaloneta.

The pearl of the day was lived when the artist went on stage to share the triumph of Argentina. In an unusual way, the singer echoed the joy of his audience that in the middle of the recital began to celebrate the victory, to which he joined without hesitation for a second.

As of 3:00 p.m., the doors of all the accesses to the “Más Monumental” were opened. Harry’s fans began running to be placed in the best sector possible. The great debate in the networks was whether the game that began at 4:00 p.m. would be shown on the giant screens. Everything went as expected and those who entered the stadium could enjoy Argentina vs Australia.

At 7:00 p.m. they enjoyed DJ Anita B Queen who had no better idea than to start her set with an electro version of the Argentine National Anthem. The sun began to fall and it was time for the international opening act Koffee, which received a lot of applause and left the audience with

It was only at 9:15 p.m. that the singer Harry Styles appeared on stage. He opened the first night of two, with the song of the moment “Music for a Sushi Restaurant”. The stadium floor trembled along with the unison of Harry and the Argentine choir, which in this case, were his fans who have followed him since his beginnings on “The X Factor.”