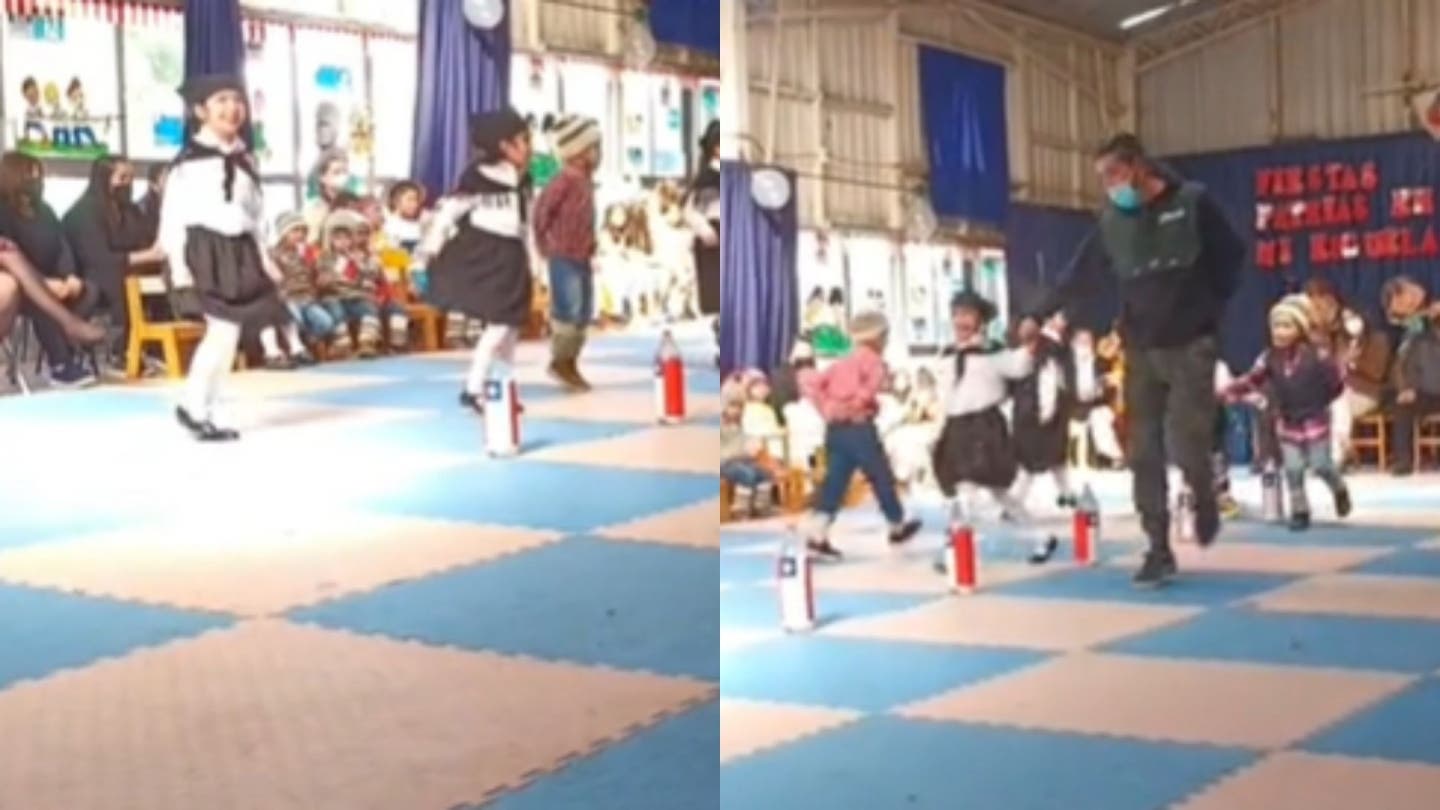 In Chile, the National Holidays are being celebrated, in this context, a video of a presentation by primary school students went viral, whose protagonists were a girl who had been left without a dance partner and her father did not hesitate a minute to go out to the “rescue” to accompany her in the dance.

In the video you can hear how a woman tells the girl’s father to come closer to accompany her. “Go dance with her, hurry up, hurry up” The man did not hesitate to get up and accompany her in her dance. While the parents, students and teachers who were also in the place filled him with applause.

The tender scene ended with a hug from both. “Her father came out to accompany her, since she was dancing alone (…) her little face said it all,” TikTok user @ negriitha56 later said, sharing the video on social networks.