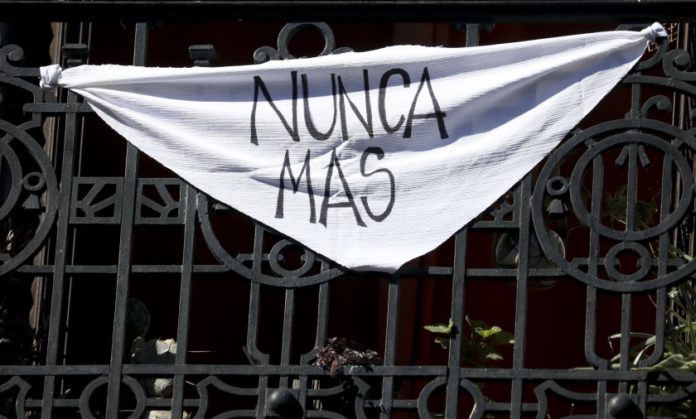 Within the framework of a new anniversary of the 1976 coup d’état, Human Rights organizations are preparing “a bill to regulate and limit denialism in the country”. The person who advanced it was Carlos Pisoni, one of the main referents of the HIJOS organization In this regard, Pisoni celebrated the possibility of returning to demonstrate in the Plaza de Mayo, after the years of the pandemic, and stressed that the date “was resignified.” “Before we were going to cry, now we see that each time they approach more families,” he stressed.

On the other hand, he expressed “We see with concern the skepticism of a sector of young people in society. It is similar to that of the 1990s, it is a product in part of the demonization of politics,” mentioned the referent, who highlighted the process that took place during the 2000s, which led to the formation of youth political groups in the PRO, the left and Kirchnerism.

“We have to communicate with these sectors, challenge them through other tools. If a young person doesn’t know what happened on March 24, it’s a problem,” he said. The activist’s proposal for a new anniversary of the military coup is to “reflect on institutional violence” so that “democracy takes hold.”

In this sense, Pisoni also accused the Macri government of “demonizing politics” and helping to lose sight of the importance of remembering the anniversary of the coup.

“One of the axes of this 24 is also denialism, hate speech. There is no relationship in Argentina with this issue, that is why human rights organizations are going to be promoting a bill to regulate denialism in the country and set limits, ”he advanced.

He affirmed that it is a measure that is present in 15 other countries in the world, one of them Germany, where the public mention of Nazism can lead to financial fines or even imprisonment. This last issue is the one that puts organizations in a counterpoint. “We have discussed, there is no agreement between whether it is right or wrong for a person to go to jail,” he said.