“I value Cristina and Máximo, but I’m not anyone’s puppet” • Channel C 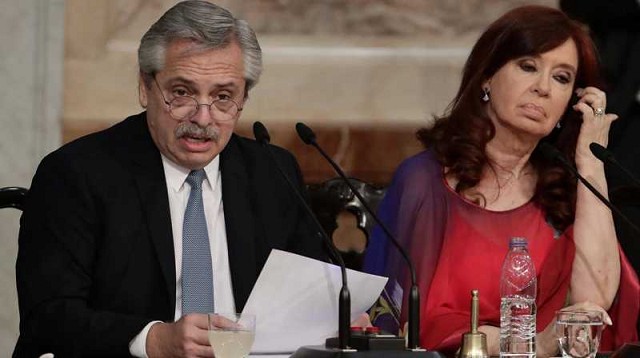 The tension between Alberto Fernández and Cristina Kirchner is not a secret for Argentines. The agreement with the International Monetary Fund meant a rupture between both leaders.

Although the presidential spokeswoman, Gabriela Cerruti, first made it known when she confirmed that Cristina did not respond to the messages to the head of state, who wanted to verify her situation after the attack on the vice president’s office during the protests against the agreement, but this time the Fernández himself admitted it

“I value Cristina and Máximo, but I am not anyone’s puppet. I listen to everyone, but I make the decisions, ”said the official program in an interview radio.

Then he said: “I would feel very bad if because of our differences we opened the way to the right.” He insisted that “those who governed and left the debt they left behind cannot be allowed to operate in Argentina again” and, for that, “unity is a necessary condition.” “We must be united and project a country that is similar because the mere fact of unity is not magical,” he added.