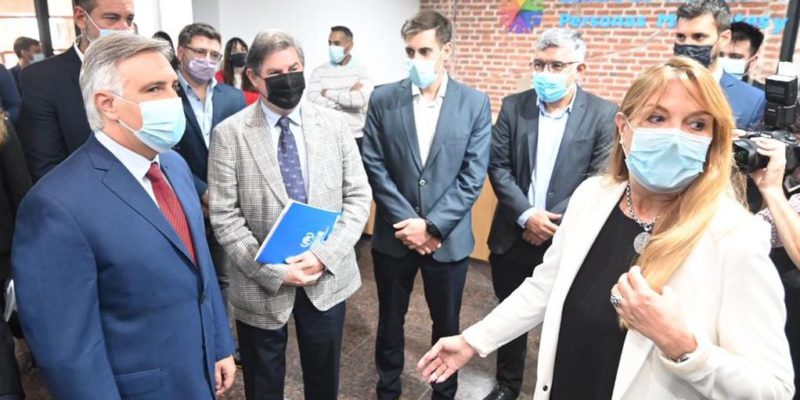 Mayor Martín Llaryora today inaugurated the Center for Attention to Migrants and Refugees of the Municipality of Córdoba (CAPeM), a physical space dedicated to advising and assisting the immigrant and refugee population in Córdoba.

From the municipality they announced that the offices would start operating from the month of April at Calle Caseros 356.

The construction of CAPeM was made possible by the inclusion of the city of Córdoba as a member of the Ciudades Solidarias network in Argentina, promoted by the United Nations High Commissioner for Refugees (UNHCR). The Municipality stated that the objective of the center is to be able to achieve the local integration of refugees and other populations in need of international protection in the host communities, promoting their effective and comprehensive access to economic, social and cultural rights.

Mayor Llaryora stated: “This place will be a reference center for those who come to our country and choose our city to live, its offices are there to help them in such an important stage of their lives.”

The United Nations High Commissioner for Refugees (UNHCR), Juan Carlos Murillo González, who participated in the opening ceremony, highlighted that the creation of the center takes place in a world context of war that has left more than 3,600,000 Ukrainian refugees. “It is no less that today we are opening a Care Center for Migrants in the city of Córdoba in this situation, we are very grateful to the mayor,” said Murillo González.

The CAPeM will have trained personnel to guide the management of the Residence and immigration procedures, documentation in the Civil Registry, administrative procedures; and advising applicants for international protection, graduates who seek to revalidate their degree and labor law issues.