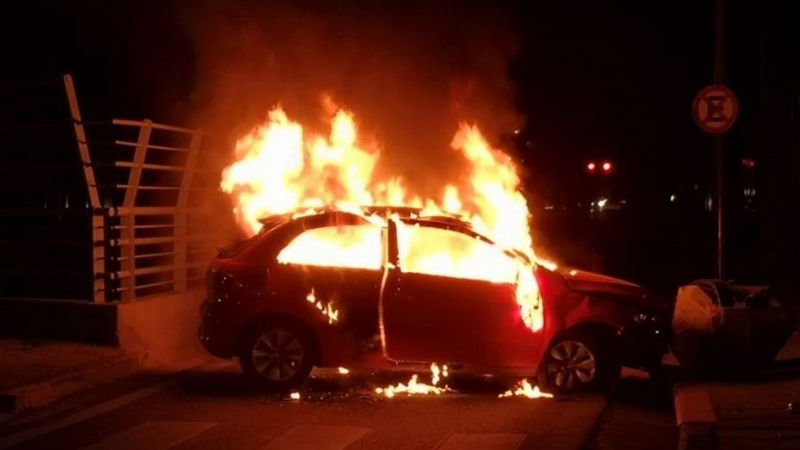 Córdoba woke up with a rough early morning in different parts of the city. One of the accidents occurred in the Cerro de las Rosas neighborhood, on Rafael Núñez Avenue, a few meters from the urban woman in the direction of Argüello, where a Fiat Palio car with three young people on board collided with an electrical cabinet of the traffic light system.

After the accident, a member of the Córdoba Police ensured that the young people evacuated the vehicle before it ended up burning down in its entirety.

Police authorities reported that thanks to the quick action of the agent, the occupants of the Fiat Palio were unharmed.