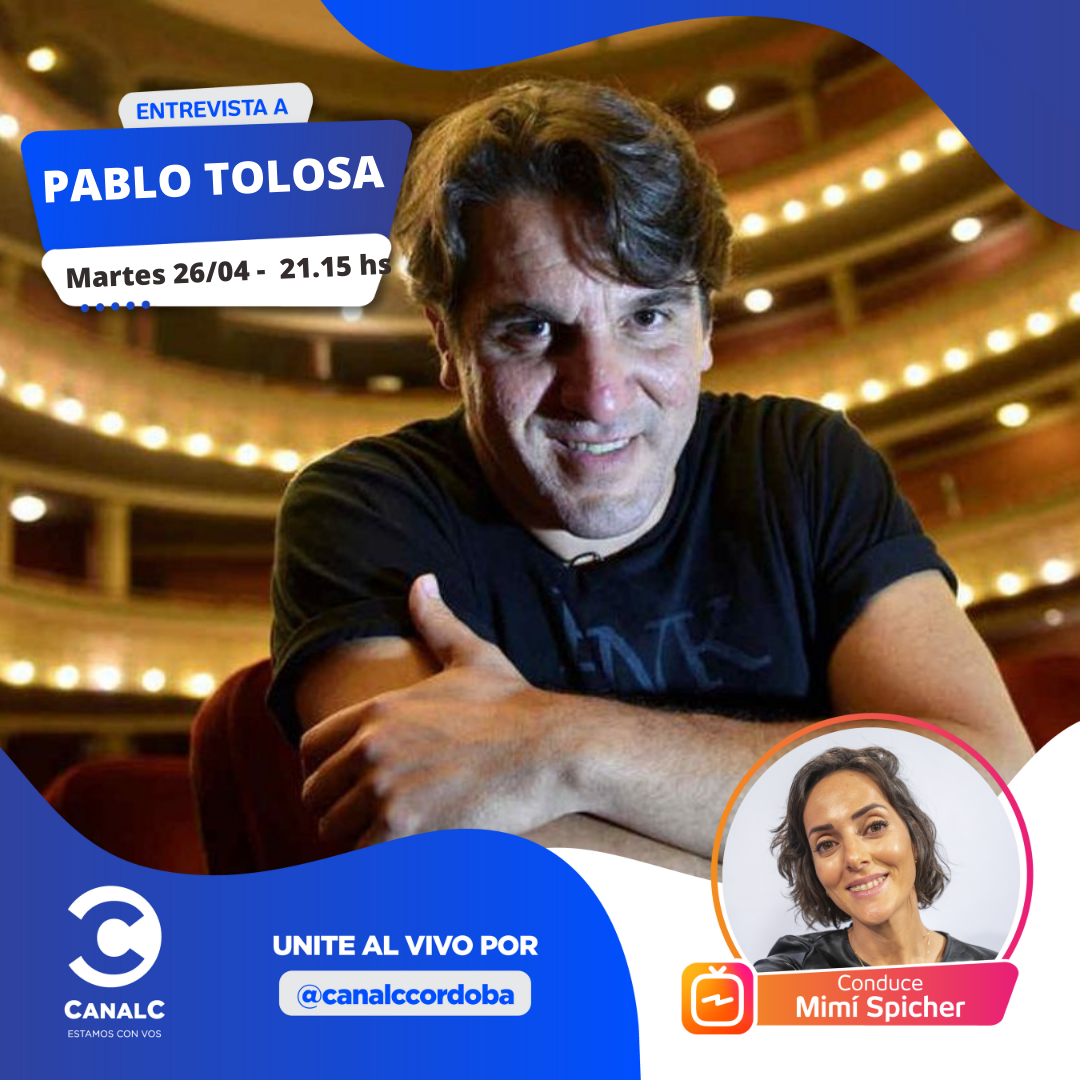 This Tuesday, April 26, at 9:15 p.m., a new Instagram Live will be held from the Channel C platform with the participation of the Cordovan actor Pablo Tolosa and the leadership of Mimí Spicher.

It is worth mentioning that Tolosa, with a long career in theater and cinema, was part of the cast of the movie “Granizo”, the great bet of the Netflix streaming platform.

Tolosa, plays the bartender who attends the character of Francella in the bar of the film, a scene that was shot in La Cova del Drac, in the Güemes neighborhood.