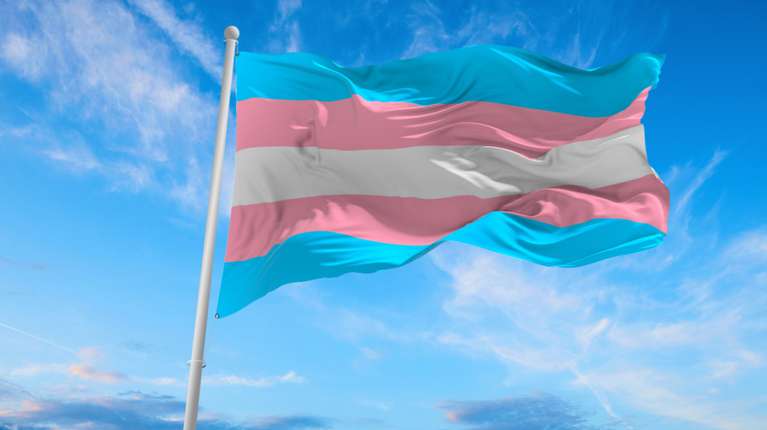 Rachel Crandall, co-founder of the Michigan Transgender organization, promoted in 2009 the initiative to establish March 31 as a Trans Visibility Day around the world, faced with the need to become aware and reflect on the living conditions of this community.

In the current context, access to health and work are imperative rights for trans people, who are still vulnerable, stigmatized, discriminated against and violated on a daily basis because of their gender identity.

For all this, on this day, the National Institute against Discrimination, Xenophobia and Racism (INADI) ratifies the commitment to work for access to all rights for the trans community, since despite the fact that Argentina was located at the vanguard in the world in the recognition of these rights from the sanction of the Gender Identity Law 26,743, enacted on May 24, 2012, there are still discriminatory barriers to real accessibility.

Our body has had a huge presence of workers from the trans community for many years.

These are some of their faces and stories. pic.twitter.com/4BxFbj0Oh3

The term transgender refers to people who identify with a type of sexual behavior that does not correspond to the sex they were assigned at birth.

People who define themselves as trans are characterized because at a social level they use their own clothing, behavior and sexual attitude according to the gender with which they identify.

Trans Visibility: What Does It Mean?

Trans people are those in whom a different gender is identified, felt or expressed with the sex assigned at birth. The expression “trans” includes transvestites, transsexuals and transgender people.

This group usually lives with different forms of discrimination. Between them:

Faced with these realities, national and international organizations seek to appeal to the law as a tool to end differences.

Respecting the gender identity of trans people in the health consultation is to guarantee the right to dignified treatment contemplated in Law 26,743 on Gender Identity.

In recent years, Argentina has passed various laws that recognize and extend the rights of the LGBTIQ+ community, including trans people.

In 2010, the same-sex marriage law (26,618) changed the civil code and guaranteed full access to marriage for same-sex couples. Two years later, Law 26,743 on the right to gender identity was passed.

On the other hand, in 2021 the “Diana Sacayán – Lohana Berkins” law to promote access to formal employment for transvestites, transsexuals and transgender people, known as the trans quota law, entered into force. The norm establishes that in the three powers the national State must occupy, at least 1% of its personnel with transvestites, transsexuals and transgender people “in all current regular contracting modalities”.

#NoVisibilityNoRights the results of the study @FundGuest and @ATTTA_National They are essential to learn more about the state of Comprehensive Health of trans masculinities and non-binary identities and the need to think about inclusive public policies. pic.twitter.com/Oxd13WydfU