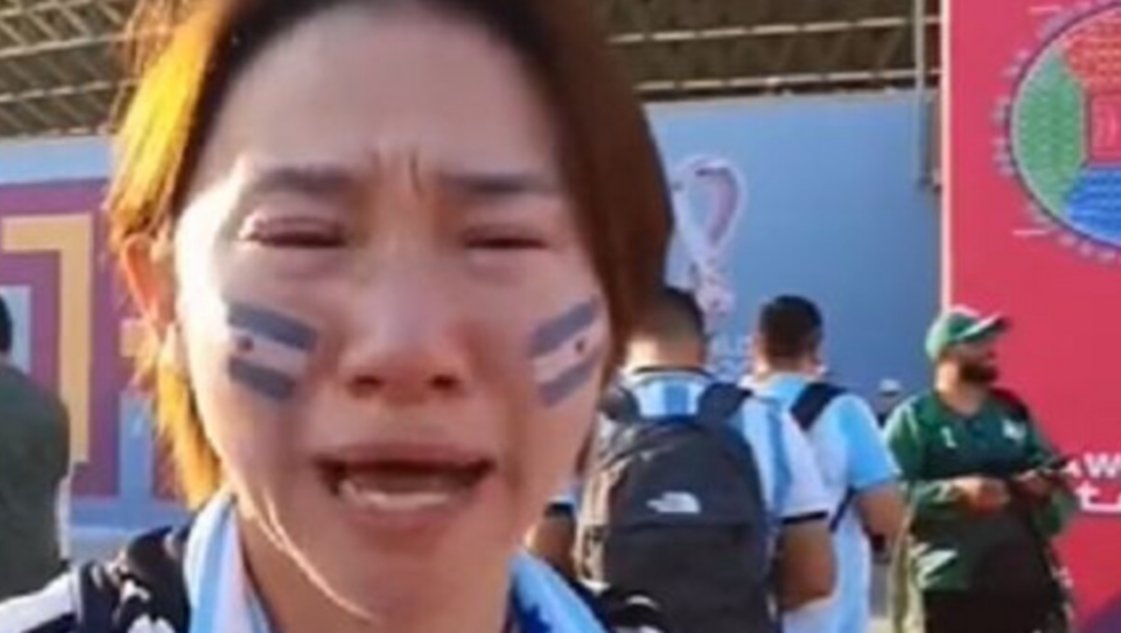 A Japanese fan dressed in light blue and white colors attended the Lusail stadium for the match that Argentina lost 2-1 against Saudi Arabia and was very distressed by the fall of those led by Lionel Scaloni and assured that the team will raise the level in the Next matches of Group C of the Qatar 2022 World Cup.

The Japanese video went viral, as she spoke as if she were another Argentine and she was seen very sad about the defeat like all the fans who attended the debut of the selected team and expected a victory against what was, a priori, the weakest rival of all.

Between tears, with an Argentine flag and painted with the colors, the Japanese expressed feeling “very bad” because Argentina had lost and assured that she had no good luck: “Argentina did not have good luck today. I hope Messi does not feel so sad.” .

And in addition to being saddened by the defeat, already with visible tears on his face, he showed his love for Lionel Messi and predicted a good pass for the Argentine team for the remainder of the tournament: “Messi, in my heart, is the best in the world I hope we win the Cup this time.”

La Scaloneta must qualify for the round of 16, because of Messi and because of this Japanese woman who cried with Tuesday’s defeat.