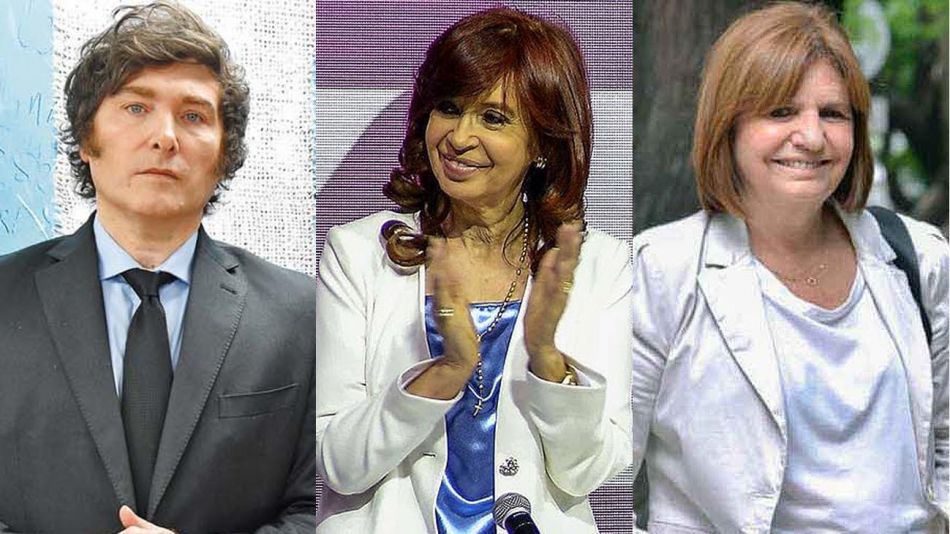 The Delfos consulting firm released a new survey on the image of political leaders according to the latest national surveys. This new report, led by the specialist Norman Berra, focuses on the main current figures for the 2023 Elections.

According to the consultant’s report, in the latest Opinaia survey, Javier Milei still appears with a positive differential of 10 percentage points, arising from 50% positive vs. 40% negative; Larreta barely reaches a positive differential of 2 percentage points, while the other PRO figures (María Eugenia Vidal, Patricia Bullrich and Mauricio Macri) appear with a negative balance.

The leaders of the FDT also show negative balances, although without statistically significant differences between Alberto Fernández and Cristina Fernández.

The discredit, according to Opinaia, also reaches Cordovan figures, such as Juan Schiaretti and Nicolás del Caño, both with an unfavorable differential.

However, Delfos details that according to the consulting firm D’Alessio-Irol/Berensztein, the libertarian Javier Milei has a negative image balance.

As for the analysis carried out by Delfos, there is a limited panorama for the renewal of the political offer in terms of voting intentions for 2023.

And they go on to say that there could be room for the irruption of new options if the next polls continue to show Milei with a negative image differential, since the stage could open for alternative figures. And furthermore, if the next polls begin to show that “the platoon of leaders who can still grow in terms of knowledge manage to translate their greatest record into a positive image” and at this point they highlight the image of Governor Schiaretti in Peronism “no K” , and in JXC Manes, Cornejo and Morales.