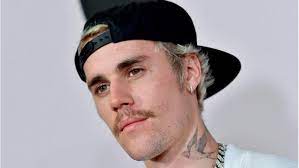 The excitement over Justin Bieber’s arrival in Argentina, after his last visit in 2013, had generated great excitement and expectation among fans of the Canadian singer. However, in the last few hours a press release was released that would ensure that the 28-year-old singer would not be in a position to appear at the concerts agreed at the Único de La Plata.

“Earlier this year, I went public with my struggle with Ramsay-Hunt syndrome, which has partially paralyzed my face. As a result of this illness, I was unable to complete the North American leg of the Justice World Tour. After resting and consulting with my doctors, my family and my team, I went to Europe to try to continue with the tour. I did six concerts, but it took its toll on me. This past weekend I performed at Rock in Rio and gave everything I had to the people of Brazil,” Bieber’s statement begins.

Also read: The 8 most listened to quartet songs on Spotify

He continues, “After I got off stage, exhaustion overcame me and I realized that I have to prioritize my health right now. So I’m going to take a break from touring for now. I’m going to be fine, but I need time to rest and improve.”

To close, the artist thanked his fans for their support: “I have been very proud to bring this show and our message of Justice to the world, Thank you for your prayers and support during all of this! I love you all passionately!”

To the cancellation of the shows in Argentina are added the shows that the singer had planned in Chile for tomorrow. The dates of September 14 and 15 in São Paulo were also cancelled.