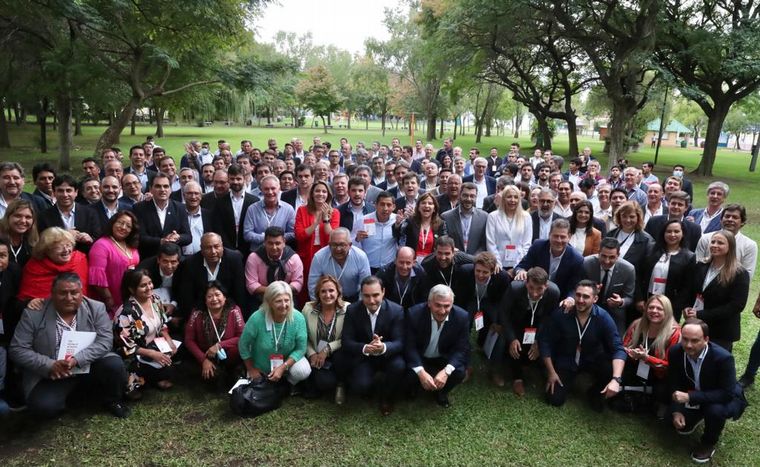 The National Committee of the Radical Civic Union (UCR) met this Tuesday in the city of Buenos Aires with its mayors from all over the country, with the aim of “debating and agreeing on the municipal agendas” around a future program that “integrates to each of the government instances.

The UCR reported in a statement: “The National Forum of Radical Mayors will be held with the aim of debating and agreeing on municipal agendas and in the conviction that Argentina needs a future program that integrates each of the government instances” .

The radicalism said that it intends to agree on a political program with the rulers of each region to promote “robust federalism and productive development” for the country.

“A successful program for our country needs a robust federalism and a productive development that is born from within the country. From the UCR we want to value our rulers in all corners of Argentina,” said the radical National Committee.

In a dialogue with Cadena 3, the governor of Corrientes, Gustavo Valdés, considered that “there is little left for 2023”, referring to the electoral year that begins.

In addition, he stressed the need for the party to have “a strategy and a plan.” “Together for Change and the UCR have to lead the destinies of Argentina,” he said.

For his part, Facundo Manes, a national deputy for the UCR, told Cadena 3 that they seek to call for the “reconstruction of Argentina, modernity and progress in the 21st century.”

“As at the time it was to have summoned the Argentines above the differences to the democratic reconstruction. The challenge is that we move once and for all to the knowledge economy, the added value, to invest in the best that society has who are its people, with education, work, health, security and a future, so that instead of thinking about leaving, the boys feel proud to be Argentines,” he defined.

In that sense, he said that “it is not enough with the UCR”, so “everyone must be summoned, but from the center”. “When you summon from the extremes there is a limit,” she opined.

And he closed: “We have to turn resignation and frustration into hope. A new post-pandemic world is coming, it is a country that has been impoverished for decades in education, social and economic matters. It is time to think big and build a new country” .

On the other hand, Ramón Mestre, former mayor of Córdoba, told Cadena 3 that they are “happy” because they managed to bring together many mayors of the country. “We demonstrated the territorial power of radicalism. It was a day of reflection, authorities were elected and it served to demonstrate to society the strength of radicalism that wants to unite and govern the country.”

And he stated: “I believe that radicalism has very good leaders and candidates, we must continue to dialogue and debate within the framework of Together for Change; we will draw up a regulation because if a consensus is not reached, the candidacies will be resolved through an internal “.

Meanwhile, the mayor of Pilar (Córdoba), Leopoldo Grumstrup, said that they are qualified to lead a list. “We had to get together to demonstrate the magnitude of our territoriality, management capacity and commitment to the citizen.”