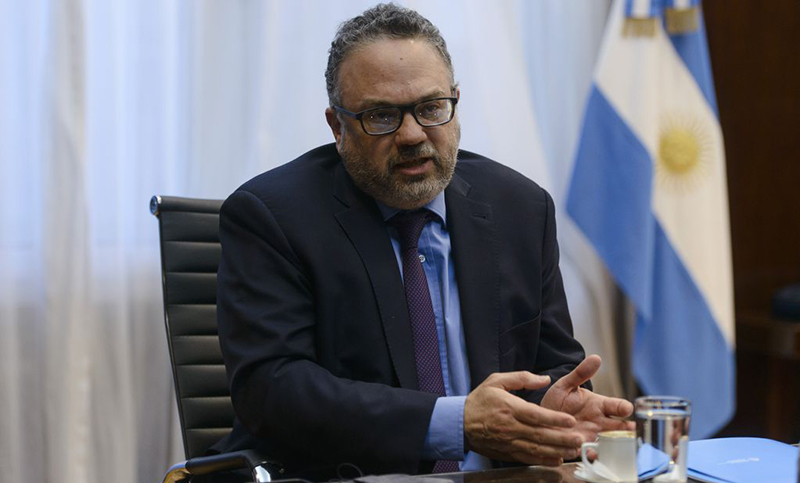 Judge Daniel Rafecas called the former Minister of Productive Development, Matías Kulfas, to testify before him and the prosecutor Carlos Stornelli. In his speech, the former official denied knowledge of acts of corruption surrounding the tender for the Néstor Kirchner gas pipeline, as he had suggested last week.

The judicial sources mentioned that Kulfas “repeatedly denied having knowledge of possible crimes related to the construction of the Vaca Muerta gas pipeline,” and said that he maintained that his questions “were nothing more than discrepancies and political and public policy discussions, given what he considered an unjustified attack on your Ministry by the vice president.”

He also indicated that, if he knew of criminal acts, he would have reported them while rendering his services. In addition, he recognized that he indeed has a political dispute with Kirchnerism. When questioned by off the recordsaid that it was something of a “rush” that he recognized as his own, where a press collaborator showed it to him and then it was aired in the media.

Read more: Alberto Fernández crossed Kulfas after his resignation: “I didn’t like what he did”

He also clarified that the award to Techint is justified in the rush to build the gas pipeline as soon as possible. In this regard, he gave details of the technical aspects to Rafecas. Kulfas said that only for the pipes an expense of 436 million dollars is estimated, added to the total budget foreseen in some 226,000 million pesos.

Rafecas will hear Antonio Pronsanto as a witness next Monday, who was in charge of executing the gas pipeline from ENARSA and then two more hearings with experts from different companies that extract gas from Vaca Muerta to learn about the technical aspects. The declaration of the eight experts will be between Tuesday and Wednesday and according to judicial sources they will even be made public to guarantee transparency.