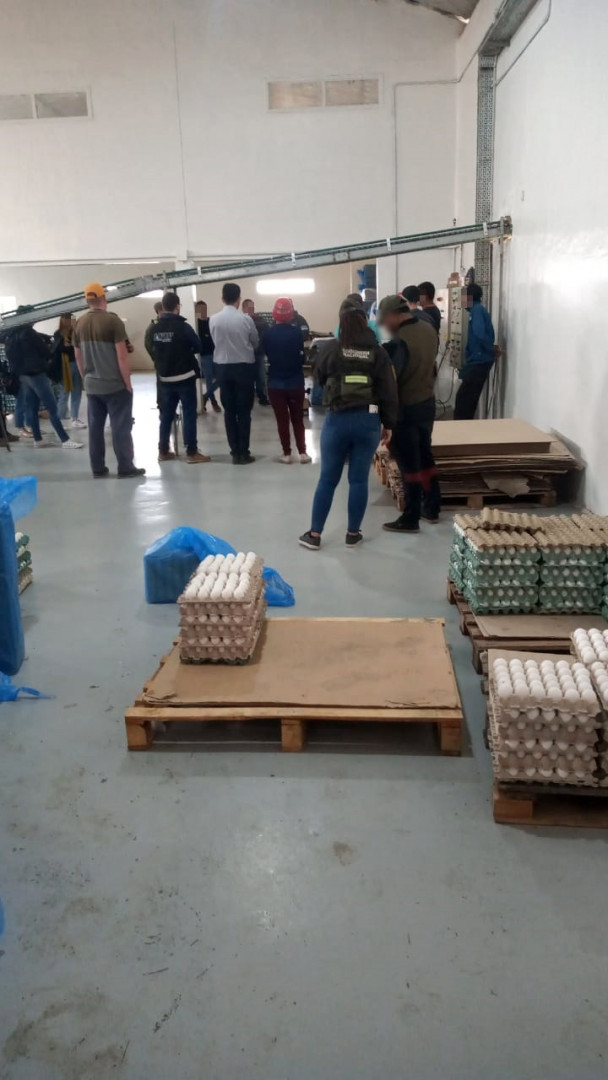 Members of the “Córdoba” Complex Crimes and Judicial Proceedings Investigations Unit proceeded to search a building destined for poultry production, located in the city of Deán Funes.

The gendarmes together with members of the Undersecretariat for Trafficking in Persons, the Ministry of Labor, Afip and the Migration Directorate with delegation carried out the judicial measure in order to determine the fiscal, migratory, labor status of the citizens who were inside of the property.

Once at the scene, the officials found eight citizens of Argentine nationality, all of legal age, who were carrying out maintenance, packing and conditioning of eggs. Similarly, it was possible to visualize the lack of hygiene and safety that puts the health of employees at risk.

In addition, it was possible to detect indicators of labor exploitation given the characteristics of the place and the state of vulnerability of the workers, such as precariousness, lack of clothing to perform unhealthy tasks, lack of toilets, among others.

After informing the intervening Magistrate of the details, the corresponding proceedings were carried out, the documentation found and of interest was seized, while the employers will remain subject to the case.