“Living from music is fulfilling a dream” • Canal C 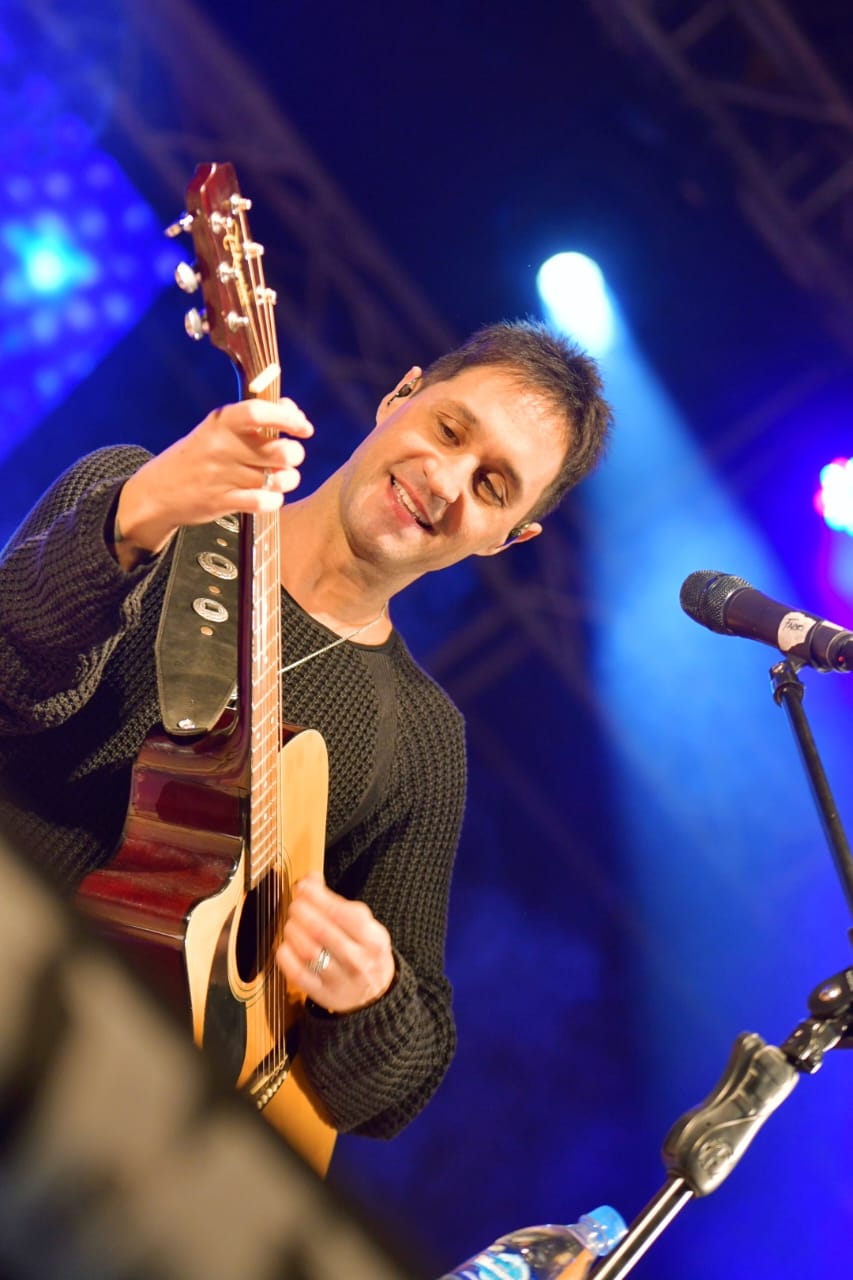 Rodríguez began in 2022 the celebration of his 20th anniversary in music with the release of his eighth album #To live produced by Matías Zapata and Abel Pintos which was presented on May 13 at the emblematic Teatro Ópera in Buenos Aires. Followed by a Tour in the United States and Argentina, carrying out in our country a tour of several provinces with dates already announced and Concerts in other cities.

“After two years that you couldn’t go out to play because of the pandemic or because of everything we had to live through, I decided to celebrate it with a show,” Fabricio said in the cycle of talks with Mimi Spicher.

“It’s been 20 years since this illusion of music began. Although I had a stage of collaborating a lot with other musicians since 2010 when I decided to be a soloist. And I count it as 20 years since the day I left Villa María to Buenos Aires to try to make a living from music” recalled the acclaimed musician with an effusive smile

Rodríguez recounted that throughout these years he had the opportunity to work with many artists such as Alejandro Lerner, Calamaro, and of course Abel Pintos, with whom he recently released his new video clip “Volverme Loco”.

Fabrico assured that although these years were not all rosy either “To live from music is to fulfill a dream”. “When one chooses to work on something that is a dream, one forgets that it is a job and feels more like a hobby,” he added.

On the other hand, he confessed that although he considers the harmonica a very nostalgic instrument, as soon as it was seen on stage, he tries to erase all the bitterness of the people and with his instrument he tries to transmit pure energy.

Next October 20, Fabricio Rodríguez will excite us on the stage of Quality Espacio. But while this artist’s agenda is saturated both by the tour he is doing and by the number of new projects in process.

Grid of its functions throughout the country:

The new music and Fabricio

Regarding the release of his new album, Fabricio said: “It represents what I had to say and it is very well done. It is from the catalog, which has songs that will only be discovered in a few years. With this I do not detract from the music of fashion I admire these guys like L-gante or Rusher king who have a talent for reaching people very easily with a message that maybe I don’t understand but others do” he expressed

“I think people get carried away by prejudice because if you go to a museum and see a work and you don’t understand it, don’t defenestrate it, but with these guys from emerging musical genres, people criticize them,” he said in defense of young artists .