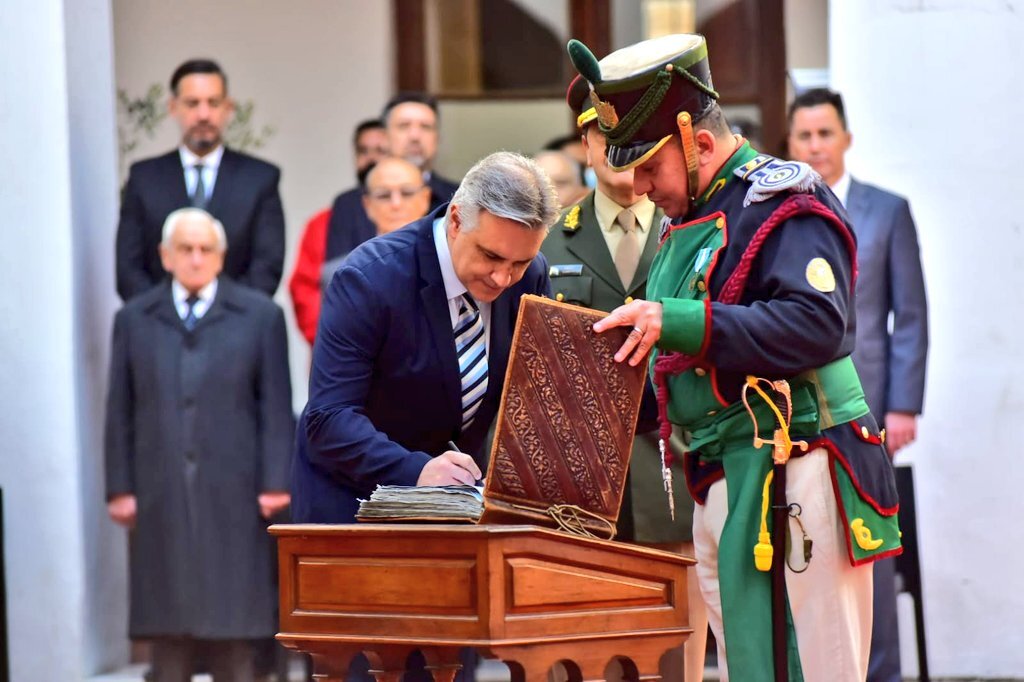 The mayor of Córdoba, Martín Llaryora, headed this Wednesday an act in commemoration of the 449th anniversary of the founding of the city and was accompanied by the deputy governor of the province, Manuel Calvo.

In the morning hours, the Cabildo guard was constituted and the officials went to the Plazoleta del Fundador, where they raised the flag and observed a minute of silence to commemorate Jerónimo Luis de Cabrera.

In a meeting with journalists, Llaryora denied possible changes in the municipal cabinet after the failed performance of Ulises Bueno in Parque Sarmiento. “I have already talked about that situation and there will be no changes. All the officials have given the corresponding explanations.”

It should be remembered that, at that time, the quartet singer was going to appear at an event for his birthday. Although he was not going to charge fees, the operation required a deployment that was going to cost the Municipality 43 million pesos. When the controversy broke out, Ulises Bueno got off the show.

Lastly, when asked during the act on the esplanade of the Cabildo, Llaryora said he did not know the reason for the fence in Plaza San Martín.

Source: With information from Cadena 3