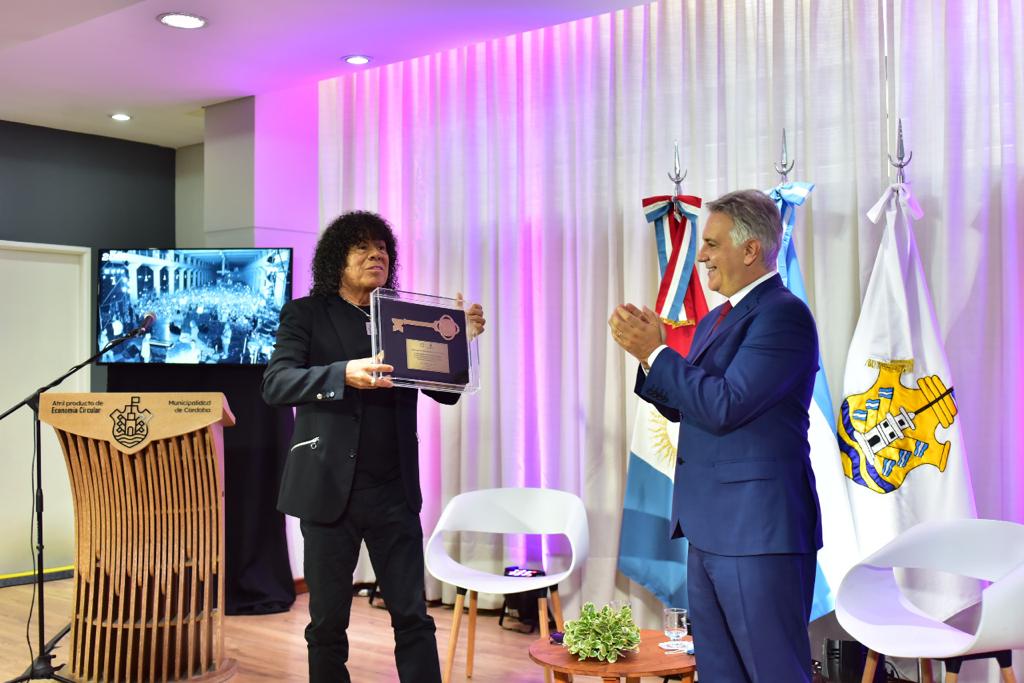 In an act that took place this Thursday, Mayor Martín Llaryora gave Carlos “La Mona” Jiménez the key to the city of Córdoba, the highest recognition that a municipality can give to one of its citizens. “Clearly “la Mona” is already part of the DNA of being from Cordoba”, highlighted the local president.

With almost 100 records recorded and more than 36 million copies sold in 55 years of experience, Mona Jiménez managed to make the Quartet transcend the borders of the city and the province, making this musical genre synonymous with the “Cordovan gene”. That is why Llaryora defined Mona Jiménez as “intangible heritage of the city” and thanked her defense, effort and obstinacy in spreading local music. “Look at what you have built, achieved and invented; and that has not been without leaving shreds of your life on stage, with joy and sadness”, the mayor transmitted to the great Cordovan artist.

“It is the first key that the Municipality gives to a resident of our city and I don’t think there is a more important one. For me it is an honor, it is incredible that it has taken so long to deliver the key to our dear “Mona” or a key to the quartet”, added the Mayor.

Read more: The second edition of the Bum Bum Festival is here!

Mona Jiménez thanked Mayor Martín Llaryora for the award and recognition from the Municipality of Córdoba. “I never thought I would have the key to the city of Córdoba, where I was born, raised, studied and worked. I want to thank my family and the other family that is the public, who accompany me wherever I am in the country”, expressed Jiménez.

“Your music transcends borders, soccer fans sing your songs in the world, your lyrics are the soul of the people and reach all social sectors, portraying experiences, emotions and stories of Cordovan feeling, that is why this distinction is the key of caring for culture, which is the soul of peoples. This honorary distinction is to give an institutional value to the Quartet, in this path that we have to take to take this music to make it a heritage of humanity”, concluded Llaryora.