Lozano made his resignation available with criticism of Massa • Channel C 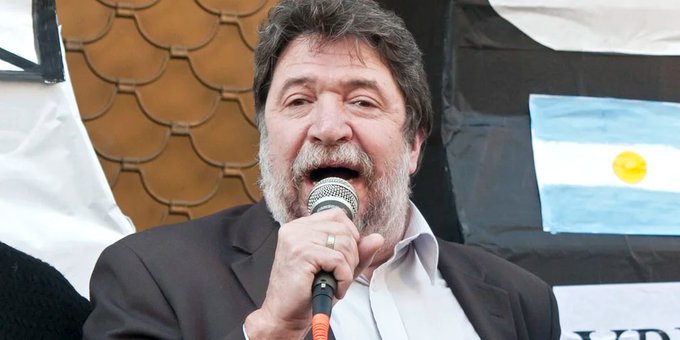 One of the directors of Banco Nación, Claudio Lozano, assured that he is not “screwed in his position” and that his resignation is at the disposal of President Alberto Fernández.

During the last weekend, it transpired that the new president of that financial entity, Silvina Batakis, requested the resignation of all the directors of that entity. But Lozano clarified: “I am not screwed to the position or anything like it. If the President considers that I have to leave, as long as he asks me, he is enough. This never happened.”

The official insisted: “Nobody has ever asked me to resign,” but he admitted that the decision to replace Eduardo Hecker with Batakis “surprised me a lot.” Regarding his relationship with the former Minister of Economy, he commented: “Since he arrived at the bank, he has not yet had contact with a large number of the directors. But we are available.”

On the other hand, he questioned the first measures taken by Sergio Massa as Minister of Economy. “We see that after two months of very strong pressure from the main actors of the economic power in Argentina, that internal actor of the Front of All that has better links with the local economic power and the States ends up taking over the economic management. United,” he assessed.

And he added: “the result is an attempt at an adjustment and stabilization plan that in practice is a great parity with the more concentrated business sector and the creditors. It is based on maintaining the goals of the agreement with the IMF and a deepening of the fiscal adjustment, which has tariffs as a key issue”.