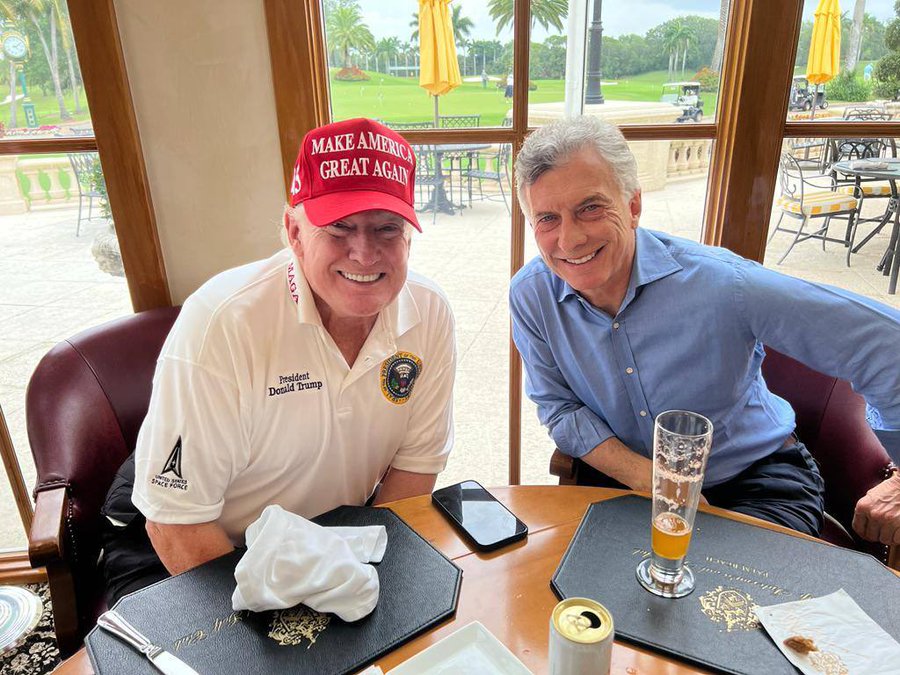 Former Argentine President Mauricio Macri met with former United States President Donald Trump, during his visit to that country, and together they discussed the world reality and the relationship between the two states.

“Today I shared a lunch with Donald Trump, where we exchanged opinions on the global context, the link between Argentina and the United States and everything that our countries can continue to build together,” said the PRO leader.

The meeting took place at the residence of the North American tycoon Mar-a-Lago in Palm Beach.

The lunch between Macri and Trump confirms the good relationship that both have maintained for decades, when they acted in private activity, which was maintained when they headed their administrations in Argentina and the United States.