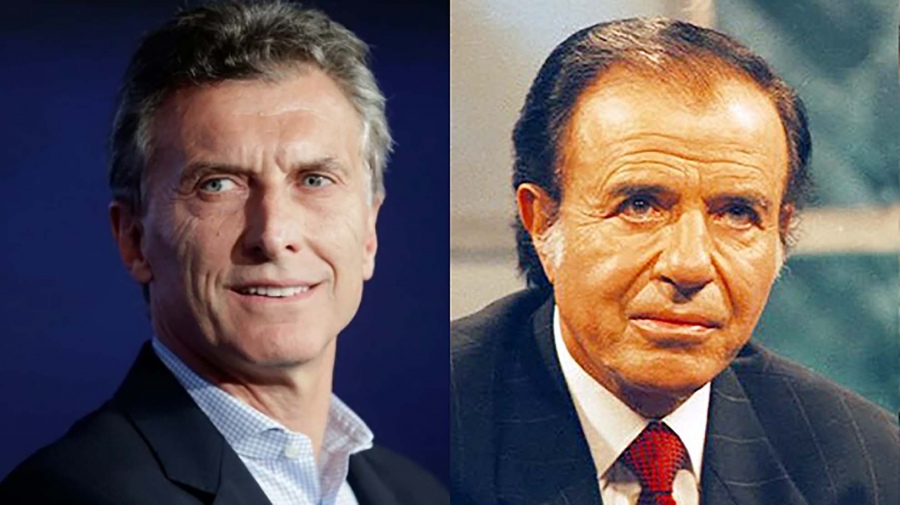 Former President Mauricio Macri highlighted this Friday the presidency of Carlos Saúl Menem by pointing out that the former president of La Rioja “is going to be more vindicated every day with the passage of time”, which generated a reply from different referents of the Civic Coalition and the UCR, its partners within the Together for Change coalition.

“The one who had solved the problems of the crack in Argentina was President Menem, who will be vindicated every day with the passage of time,” Macri assured today when speaking with Radio Miter Córdoba.

“He came with a modern Peronism, trying to unite Argentines behind the production, employment and peaceful progress of Argentina, and these people have systematically preached hate speech again,” said Macri, comparing Menemism with the Kirchnerism.

Faced with these statements, the governor of the province of Jujuy and president of the Radical Civic Union (UCR), Gerardo Morales, came out at the crossroads of the former president by emphasizing his “rejection of the neoliberal policies implemented by Menemism.”

“We reject the neoliberal policies implemented by Menem in the ’90s that some voices of Argentine politics claim today,” Morales said from his Twitter account.

For his part, the head of the Civic Coalition bloc in the Chamber of Deputies, Juan Manuel López, asked on Twitter not to forget that, “with Menem, the institutional degradation also began, which does not allow us to grow either” and recalled that, “between other things, he founded a corrupt Judiciary, expanding the Court and Commodore Py, and deepened the degradation of the intelligence services”.

Another national deputy from the Civic Coalition, Mariana Zuvic, also stated on social networks that Menem will be remembered “as a thief”, stating that “he blew up a town, covered up an attack, trafficked weapons to Ecuador and Croatia.”