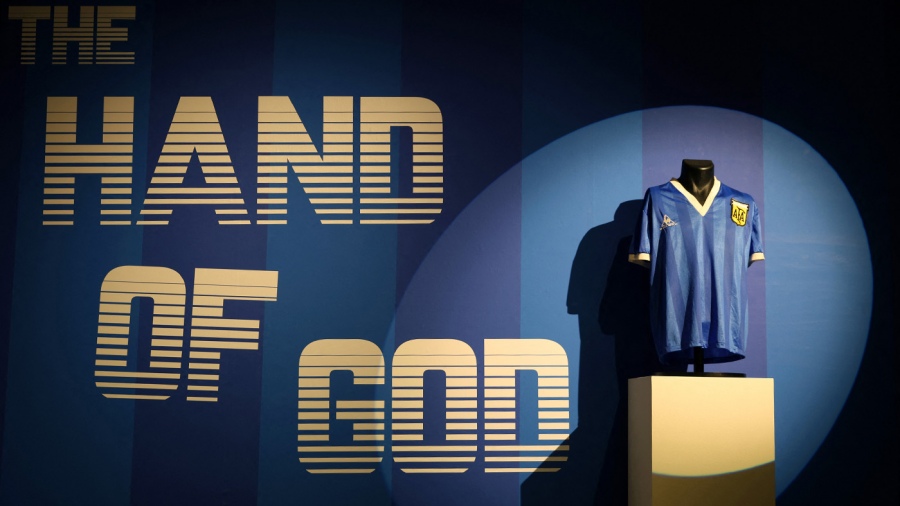 The shirt that Diego Armando Maradona wore in the historic match against England in the 1986 World Cup in Mexico was auctioned this Wednesday in London for an hourly bid of 7,142,500 pounds sterling, almost nine million dollars.

The site of the Sotheby’s auction house, which has not yet reported the identity of the buyer but announced that it was acquired by an “envoy from the Middle East”, closed the bid that began on April 20 at 12 o’clock in our country and the historic garment it was sold for an hourly bid of £7,142,500.

The traditional auction house put the relic that was in the possession of former England player Steve Hodge up for sale after 36 years and raised much more than it anticipated.

In the absence of two hours to close, the official website of Sotheby’s only registered a single offer for the minimum amount (4 million pounds) in the two weeks that the auction lasted. However, in the final three minutes there was a bid that closed with the millionaire offer of almost nine million dollars.

In this way, Maradona’s shirt became the most expensive sports garment in the world after surpassing the 2019 auction in the United States where one of the Yankees of baseball player Babe Ruth was sold for 5,640,000 million dollars.