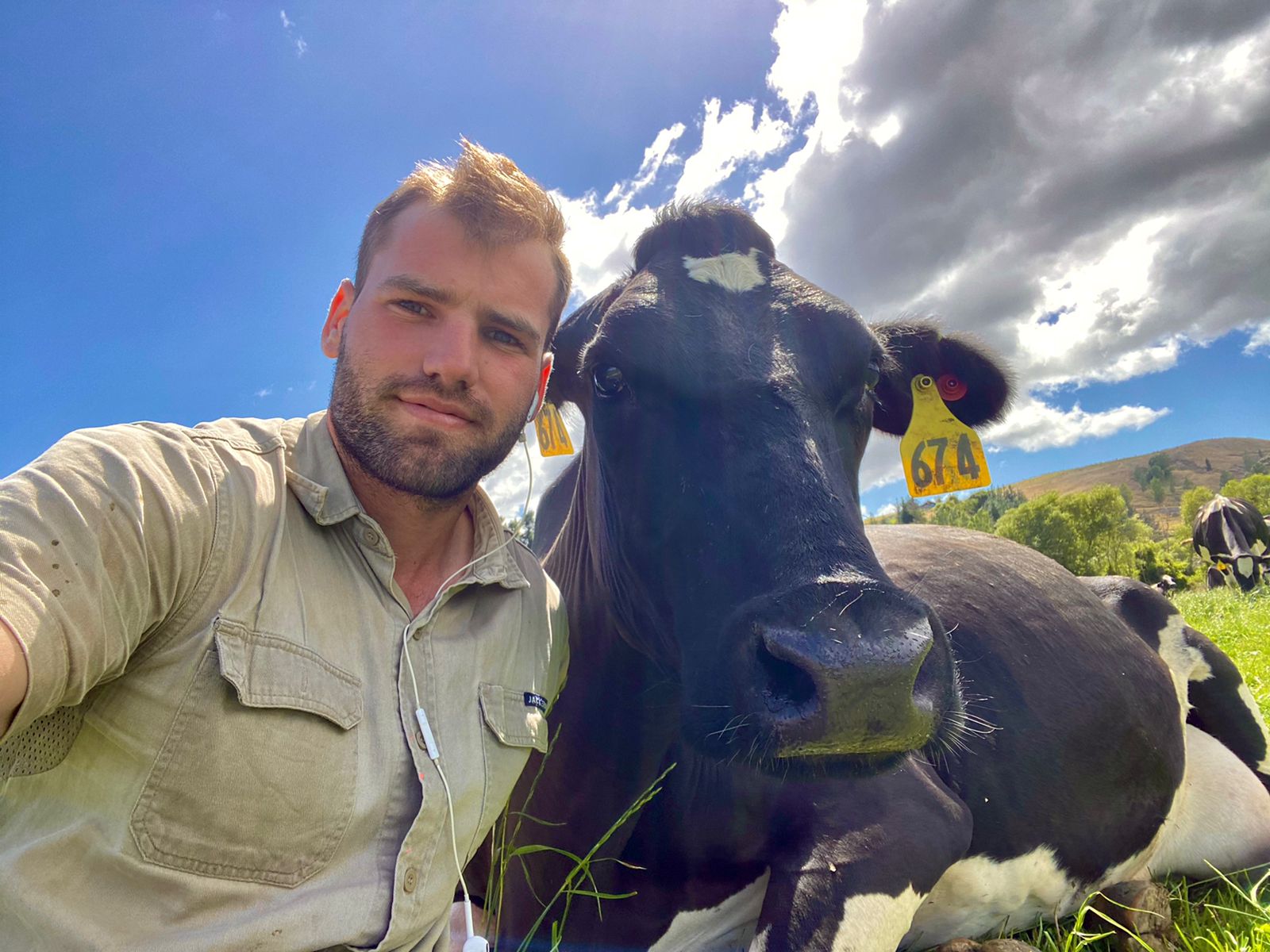 In 2019, a new world opened up for Martín. He was just finishing his degree as an Agricultural Engineer when he made a decision that changed his life: to travel to New Zealand to work there as a dairy farmer.

“At the time, college cost me. I studied with the children of producers who had practically baptized them on top of the tractor. It costs less for those raised in the fields. I did not come from the fields, I did not have a family dedicated to that and it was difficult to enter the labor market. It was a good slap when I left college,” Martin recalled from his home in New Zealand and admitted that it was the jarring image of seeing himself working in an office that prompted him to finish the career and get out of your comfort zone.

“When you go to live abroad there are two things that are not there, but people think that there is a lot: one is luck and the other is the impossible. I came here without meeting even the minimum requirement. I did not know how to speak English or anything and here I am”, he commented between laughs and added “It was not luck, it was insistence. I sent everything to the point that when I got here I said that I would have applied before, positions for which I had no idea”

Asked about the economic situation and the culture that he found when he arrived in this new country, he reported that his trip at first was not based on economic reasons but rather on learning and training, but that more than once he could not help but think “And for that he would return? when he discovered the economic comforts that his new destination offered him. “You begin to understand that you have enough money at the end of the month, that you can go on vacation whenever you want, that with two weeks of work you can buy a cell phone. You come with the idea of ​​staying a year and you say to yourself, why do we come back? “, He detailed. Even so, he confessed that he misses the Argentine culture and the spontaneity of the people who are not as structured as there

The farm across the pond

Since his arrival in New Zealand, Martin has not stopped learning and in his later years he has become a great connoisseur of dairy and pasture.

“It’s very different from Argentina. Here in the dairy, work is hierarchical. You have a manager, a submanager and so on. Here they are low-production systems. You can get about 15 liters per cow. On the other hand, in Argentina you have more cows per hectare. A milking a day is not for all systems” explains Martín in detail

He related that the system there works in a much more natural way since the animal feeds only on grass, without supplements, for which the cows also produce less milk. “It has low production but it is very cheap. It’s all about knowing how to handle the grass”, explains Rostagno and affirms that in this way the producers save a lot of money in resources.

From this new knowledge he, together with a former professor of his faculty, founded Hello Tambo a project dedicated to teaching this differentiated system to producers in Argentina, which requires a more relaxed working day “Many take it as crazy, but the crazy ones are the ones who make the difference,” he said confidently.

The more bearable work with this more relaxed system has allowed Martín to get to know and enjoy the landscape of his new home. He admits to being a great fan of the beach and doing outdoor activities, so as soon as his workday ends, he does not hesitate to go to the seashore to practice some fun sport such as diving or simply stay to watch the sunset.

If you want to know more about Martín, don’t hesitate to search our Instagram account @canalccordoba for the full interview with Mimi Spicher so you don’t miss a minute of this entertaining talk.