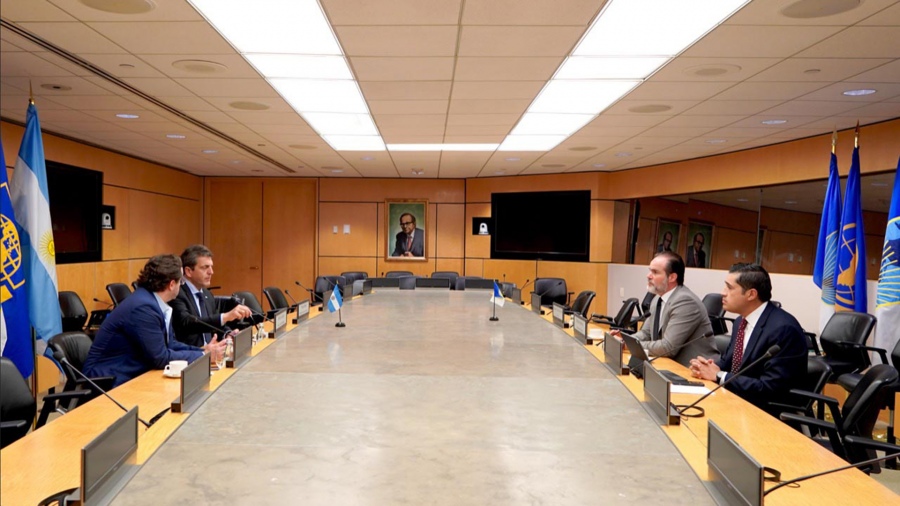 The Minister of Economy, Sergio Massa, and the President of the Inter-American Development Bank (IDB), Mauricio Claver-Carone, announced that credits from that organization for almost 3,000 million dollars were unlocked for Argentina until the end of the year. Of that total, 1,200 million dollars will be allocated to strengthening the reserves of the Central Bank.

The announcement was made by Massa and Claver-Carone after the meeting they both held this Tuesday afternoon at the organization’s headquarters in the United States capital.

In a press conference, Massa said that “the freely available operations are not only confirmed but will be greater than expected and secondly the confirmation of portfolios by the end of the year and the launch of discussions of the portfolio for the year 2023”.

The package includes loan programs to be signed and approved before the end of the year for 1,933 million dollars.

🇦🇷🇺🇸 I want to thank Mauricio Claver-Carone and the @el_IDBthe articulated work with our economic team over these last two weeks, which allowed us to advance in a fundamental axis of the proposed roadmap, which is the strengthening of reserves. pic.twitter.com/HVPg93kKxE